research project by CENTRALA (2015-2018) on Warszawianka Sports Complex in Warsaw designed by the Art and Research Unit led by Jerzy Sołtan at the Academy of Fine Arts in Warsaw, 1954–1976

CENTRALA conducted a field and archival research on Warszawianka—a large-scale complex for amateur sports and popular recreation, set into the gentle escarpment of the Vistula river valley characterised by its extraordinary hydrogeological formation. The complex was designed between 1954 and 1976 by the affiliates of the Art and Research Unit at the Academy of Fine Arts in Warsaw. 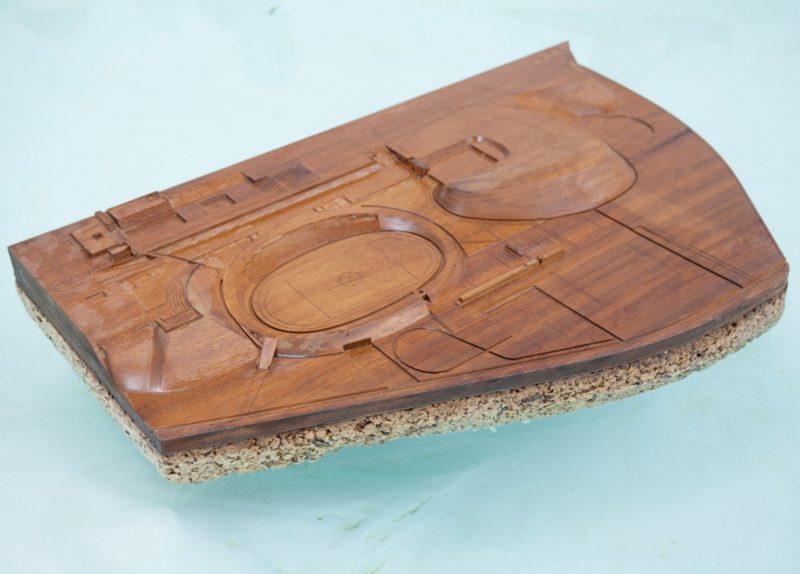 The terraces, embankments and hollows of Warszawianka direct the course of the water that has been eroding the slopes of the escarpment continuously since the end of the last glacial period. As long as the idea of the design was cultivated by the maintenance, water was a component that directed the flow of visitors (up to 8000 a day), produced microclimates appropriate for the various disciplines and cooperated with gravity in sustaining the architectural-geological construction of the site. 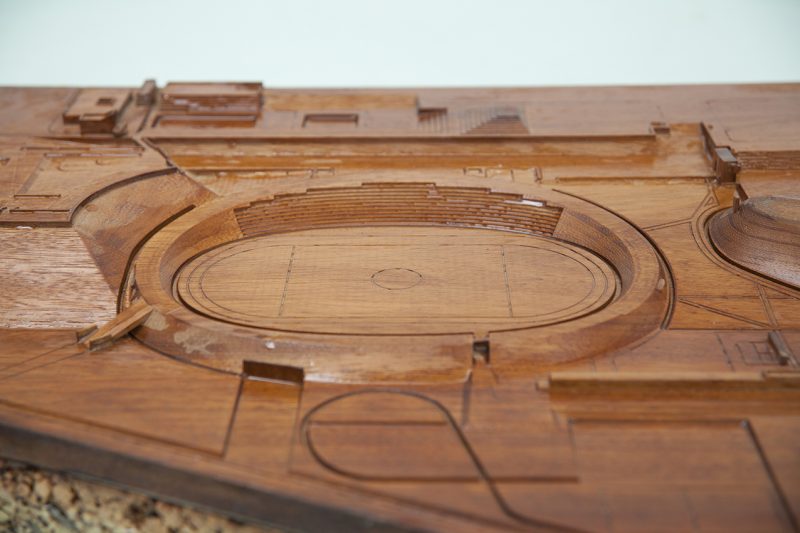 Architectural model of the spatial and hydrogeological Warszawianka Sports Complex in 1972 is based on research conducted by CENTRALA in 2015–18. Water on both sides of the basin of the stadium is directed through ducts and cascades leading to the water sheet at the level of the lower terrace of the Vistula river. Here, the wind splashes the sheet of water into mist. The movement of the water is not negated: it has become a transitory component of the architectural concept. 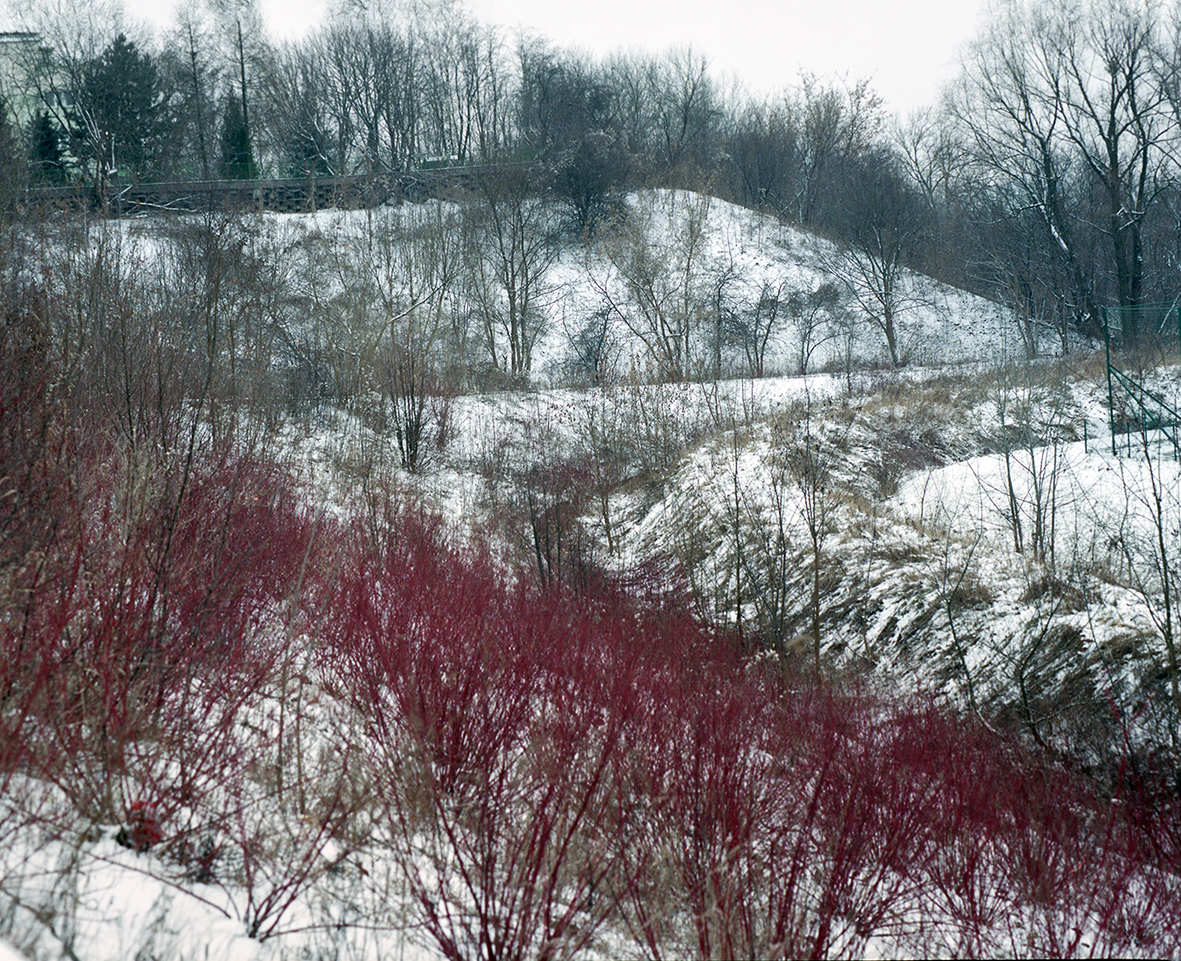 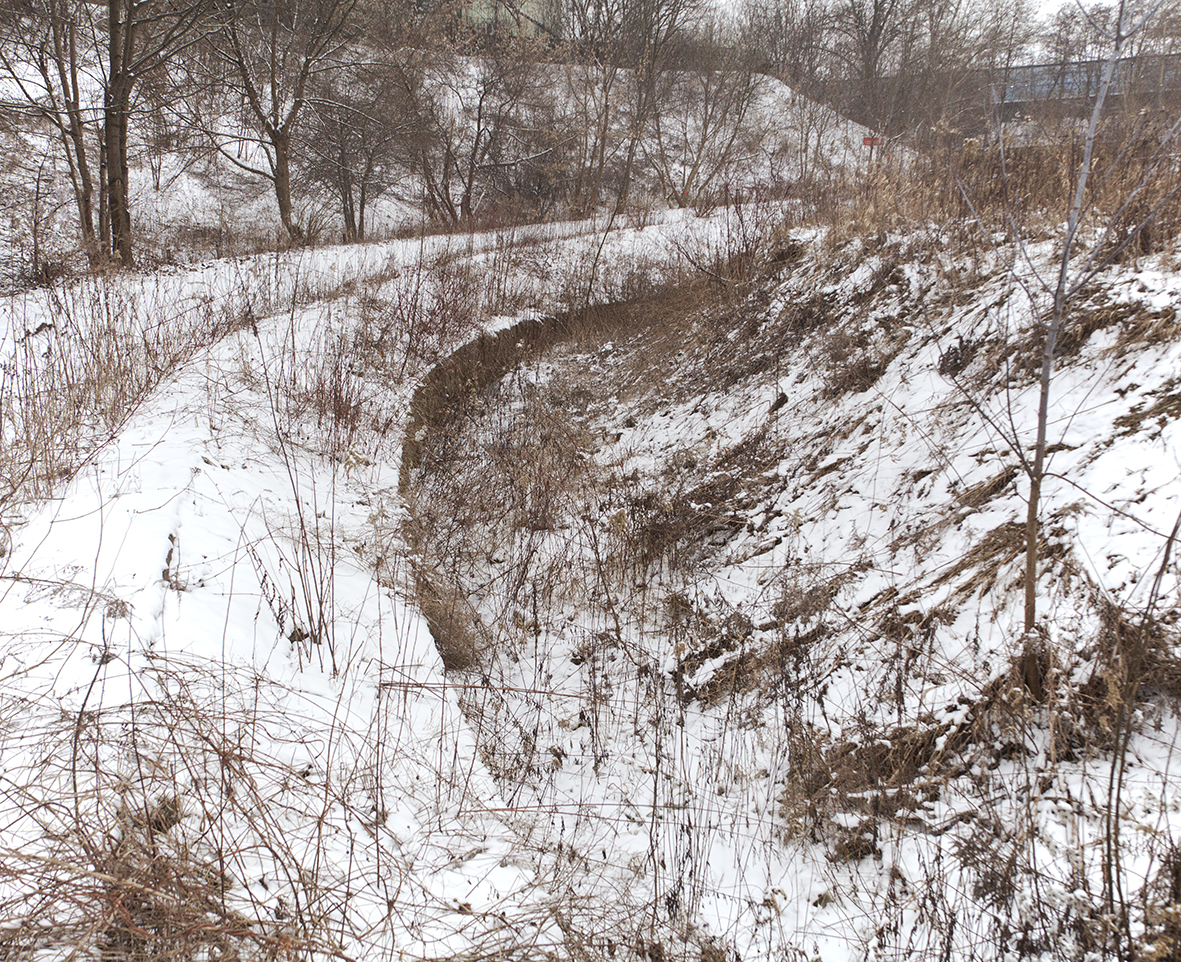 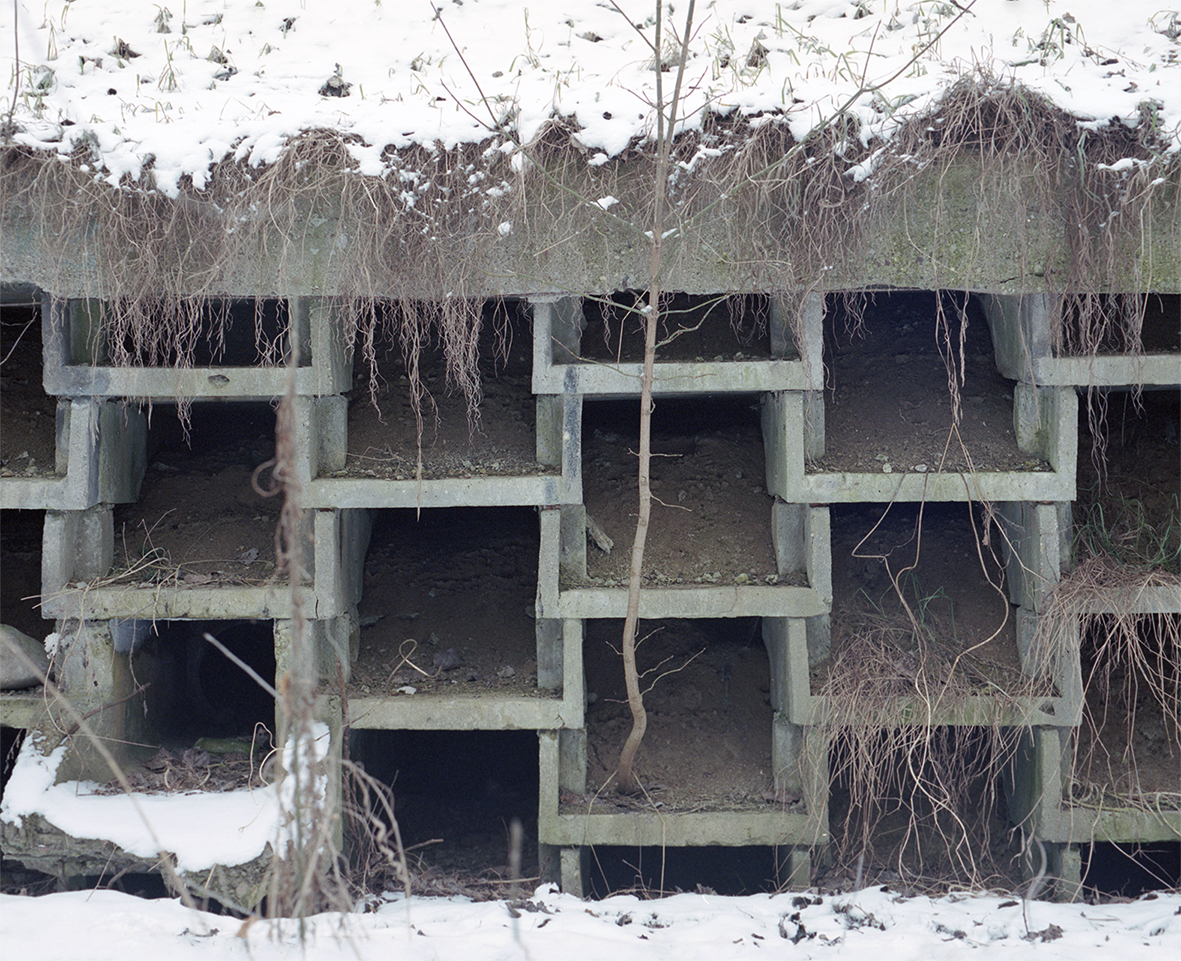 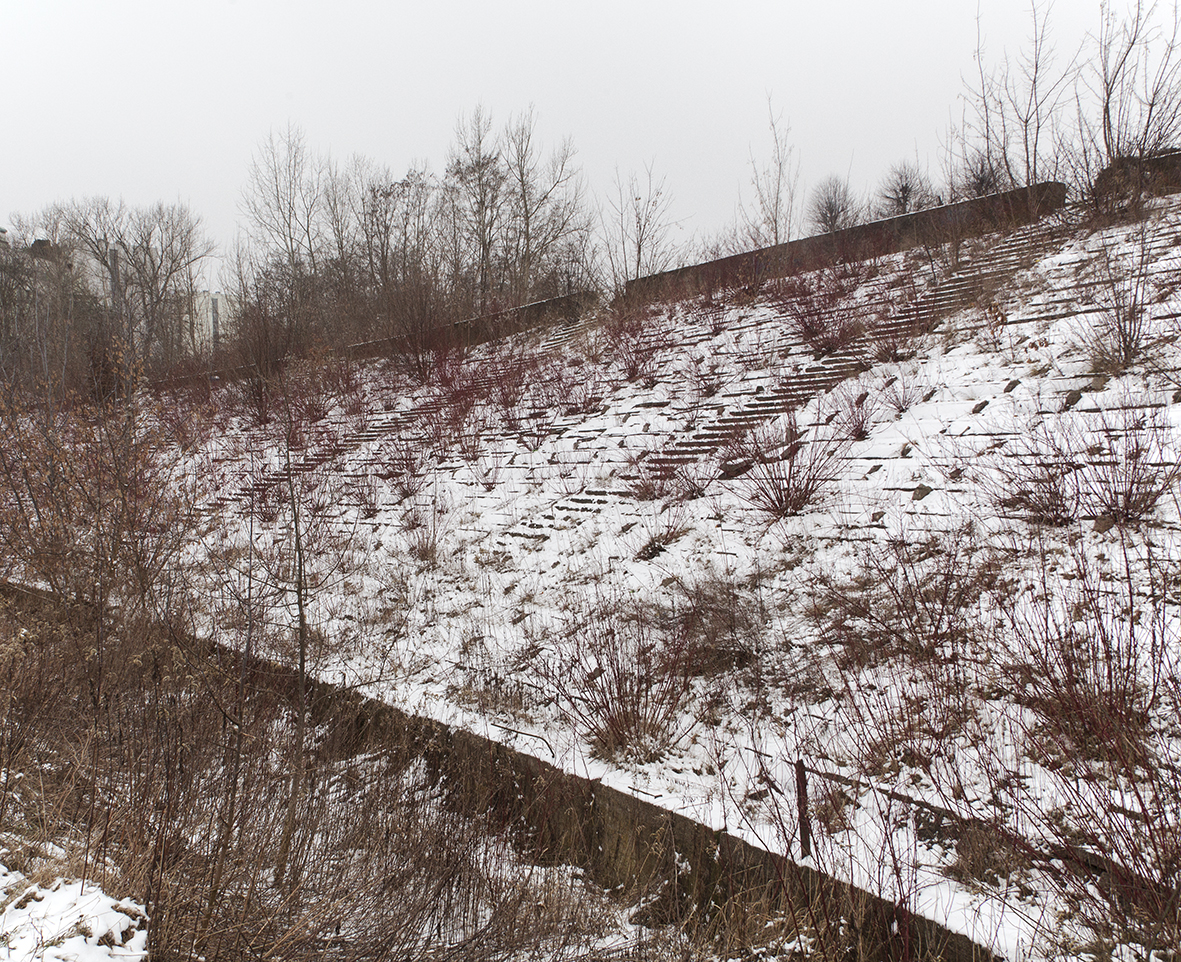 Poster promoting the revitalization of Warszawianka, design by Jakub Jezierski, 2016

In 2018, in the form of an ephemeral intervention at the Warszawianka site, CENTRALA located telescopes through which it was possible to see the historical views of the complex.

An intervention by CENTRALA on the Warszawianka site, 22-24 June 2018

Reference note: Even though the last continental glacier retreated from Europe some 12,000 years ago, local architecture still carries its memory—in the parameters of the foundations needed to transfer loads securely from an architectural structure to the ground. Receding, the ice sheet left layers of clays, gravels, and sands, accumulated during transgression and recession and compacted by the weight of a kilometer-thick layer of ice. 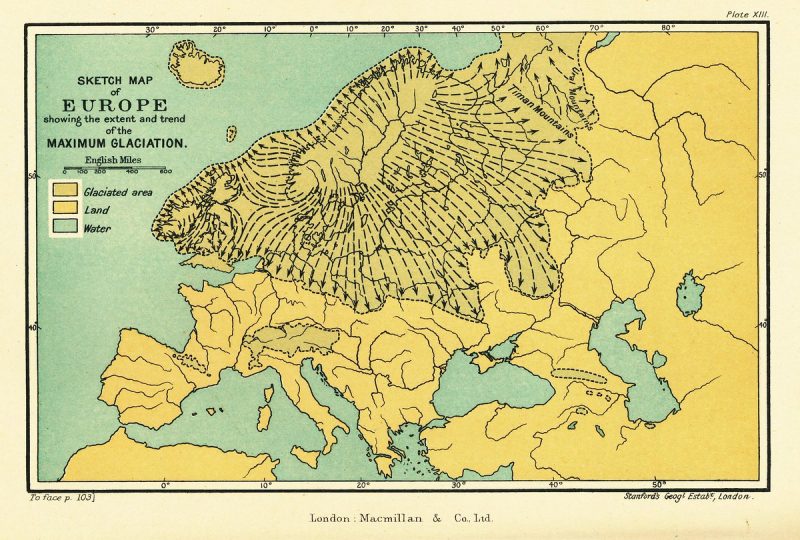 A text by CENTRALA with up-to-date reseach about Warszawianka landform in “autoportret” quarterly, 2018 (in Polish only).