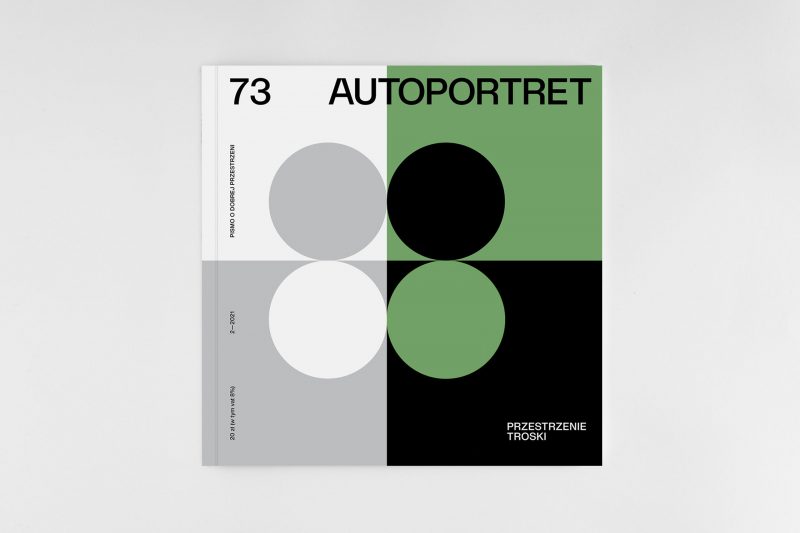 We propose “chronobiological architecture”, which heightens the sense of being part of cyclical phenomena: the rhythms of night and day, the seasons, and weather, with all of the consequences involved. This is how this kind of architecture calibrates our mindfulness of changes, helps us consciously inhabit disappearing phenomena, shakes us out of the comfort zone of maintenance-freeness for the sake of ongoing care for the surrounding space. We borrow inspiration from examples from the past; we believe in the power of the arrière-garde, which means evoking old-time solutions for the needs of shaping the future.

“Sailing inspired me to think about my dwelling as a yacht. In this house I make my daily journey around the world, I sail in rain and snow, I sail at night, seeing the movement of the stars, and if the wind tears off a piece of roofing felt during a downpour, I go outside as if onto a deck washed by waves in order to repair it. My studio’s matter is frail and volatile, its openness and vulnerability to damage helps me feel motion. The inclusion of architecture in space is meant to wrench it away from its place in the world of objects, and to situate it in the circulation of the moving and transforming matter of the world” – Jacek Damięcki explains his self-built studio. Perception of the house as a fragment of the planet’s metabolism does away with the topos of architecture as protection from nature and abandons Vitruvian firmitas for the sake of architecture that adapts to change. Forecasts concerning the instability of climate force us to bid farewell to the convenient category of “eternal lasting”.

The “living historic monuments”, with which we engage, also require a guarantee of changeability. More important than their form is their space and the logic according to which it operates. Akin to other complex mechanisms, such as clocks, violins, or antique automobiles, buildings-instruments need to be used so that they can reveal their essence for as long as possible. Architectural spaces sometimes lack a user’s manual. Of key importance in such cases is the “material memory of the place”, drawn from everyday practices coded in architecture. Gathered accounts, testimonies and archival materials help reconstruct the biography of a researched place, but only longer presence around historic substance allows for revealing the choreography of bygone daily life. Zofia and Oskar Hansen sewed textile coverings for their summer residence in Szumin in order to wrap them around it. They clothed and unclothed that space following the rhythm of the changing seasons, thus subjecting the house to a ritual similar to daily dressing and undressing. The textile layer followed the divisions of the permanent structure, and by fading and fraying in the course of time it came to reflect that structure like an old, comfortable jumper that deforms according to the most frequent gestures and postures if its owner. Architecture is an envelope for rituals.

Architects do not need to make grand gestures. These can be tiny, but repeatable: they measure time, determine the vision of remote consequences. Under the occupation, Alina Scholtz took under her care the manor house and the memorial park in Żelazowa Wola. In a report from her work she wrote about the efforts invested in maintaining order as well as about her duties in the household and the homestead: weeding, removing silt from the pond, laying cinder paths, cutting trees, “the most blissful work – one climbs the trees, branches, ladders, one cuts, saws, and the spirit rejoices”. After all, greenery, living matter is a component of the park; its protection requires proper management. Little gestures of care: DIY work, darning, or gardening may therefore be understood as key gestures that generate architecture, that is a mode of practising architecture.

Małgorzata Kuciewicz and Simone De Iacobis – the Warsaw-based Centrala architecture and research studio. They create exhibitions, installations, designs. Their work is characterised by deep sensitivity and ongoing search: for designs from the past (such as the work of Jacek Damięcki, Zofia and Oskar Hansen, Alina Scholtz), relations between architecture and nature, interpretations of architecture, the elusive.