Architects of Polish modernist housing estates were well aware that the majority of future residents of the buildings they had designed were the newcomers: recent countryside dwellers who moved into the city bringing along their old domestic habits. Therefore, the architects aimed at facilitating their adaptation to an urban lifestyle by introducing familiar, spatial elements.

They equipped the common areas of the estates with spatial devices that resembled small town streets and rural developments. A foot-beam bench (Polish, przyzba), the customary place for social interactions in rural areas, began to appear in modernist apartment blocks. A perron (Polish, przedproże, from before the threshold) enabled neighbors to stop for a brief chat. Other spatial quotes from vernacular architecture—outdoor carpet hangers (Polish, trzepak), mirrors located by the stairwell doors, small windows in the hallways that originally allowed to check if a postman is approaching, winter boot scrapers, high thresholds by dusty streets, in-built flowerpots on the balconies or baskets for setting aside one’s shopping—helped domesticate the common areas and create a social space. 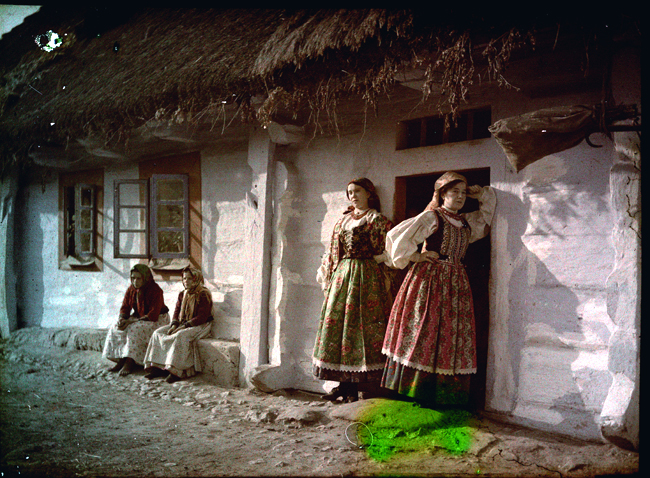 After decades of standardization, unification and trivialization, most of those devices have vanished, reducing the program of the estates to apartment blocks only. CENTRALA restored a foot-beam bench in one of Cracow’s housing estates in an attempt to reintroduce the social space between the private and the public one. 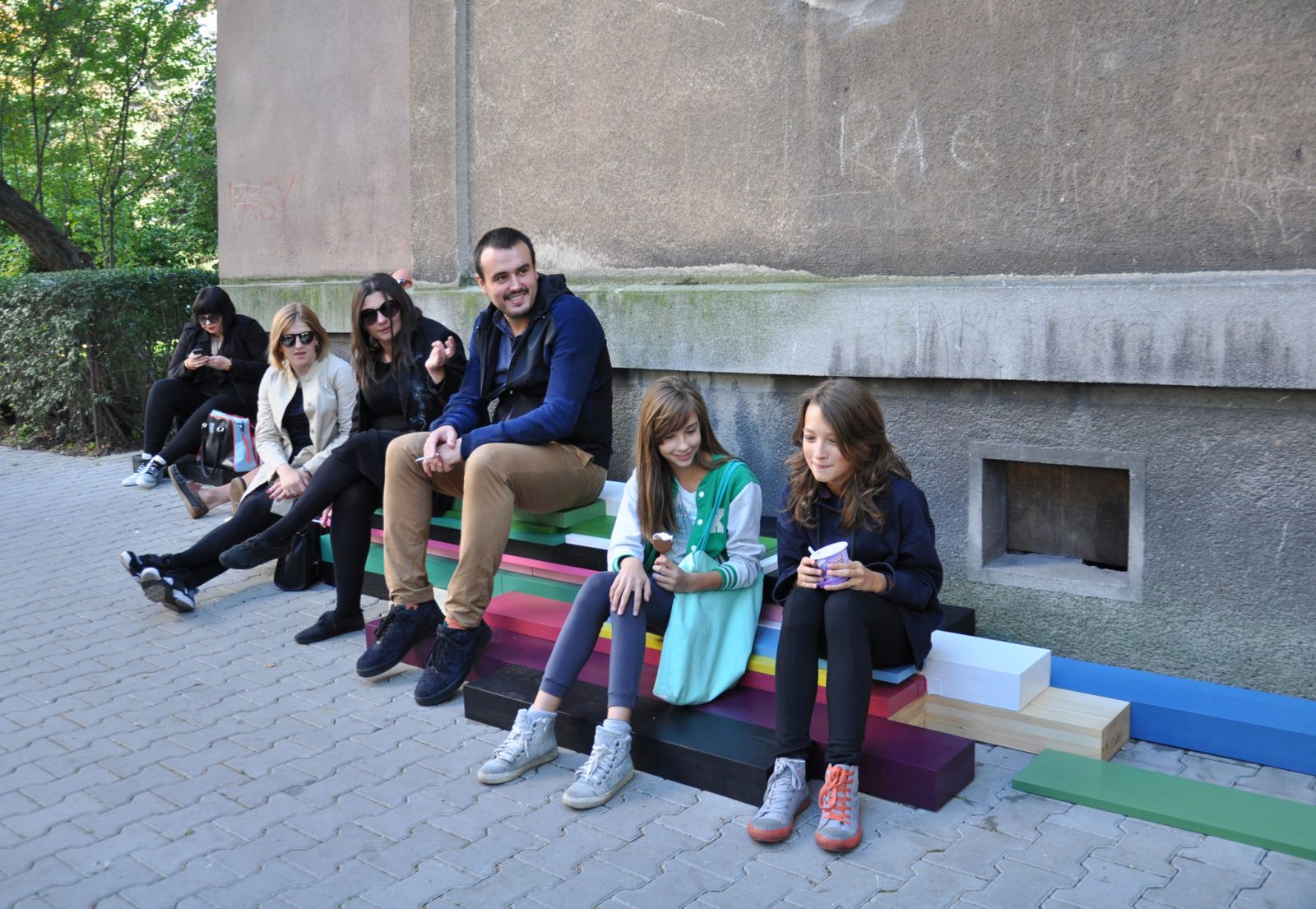 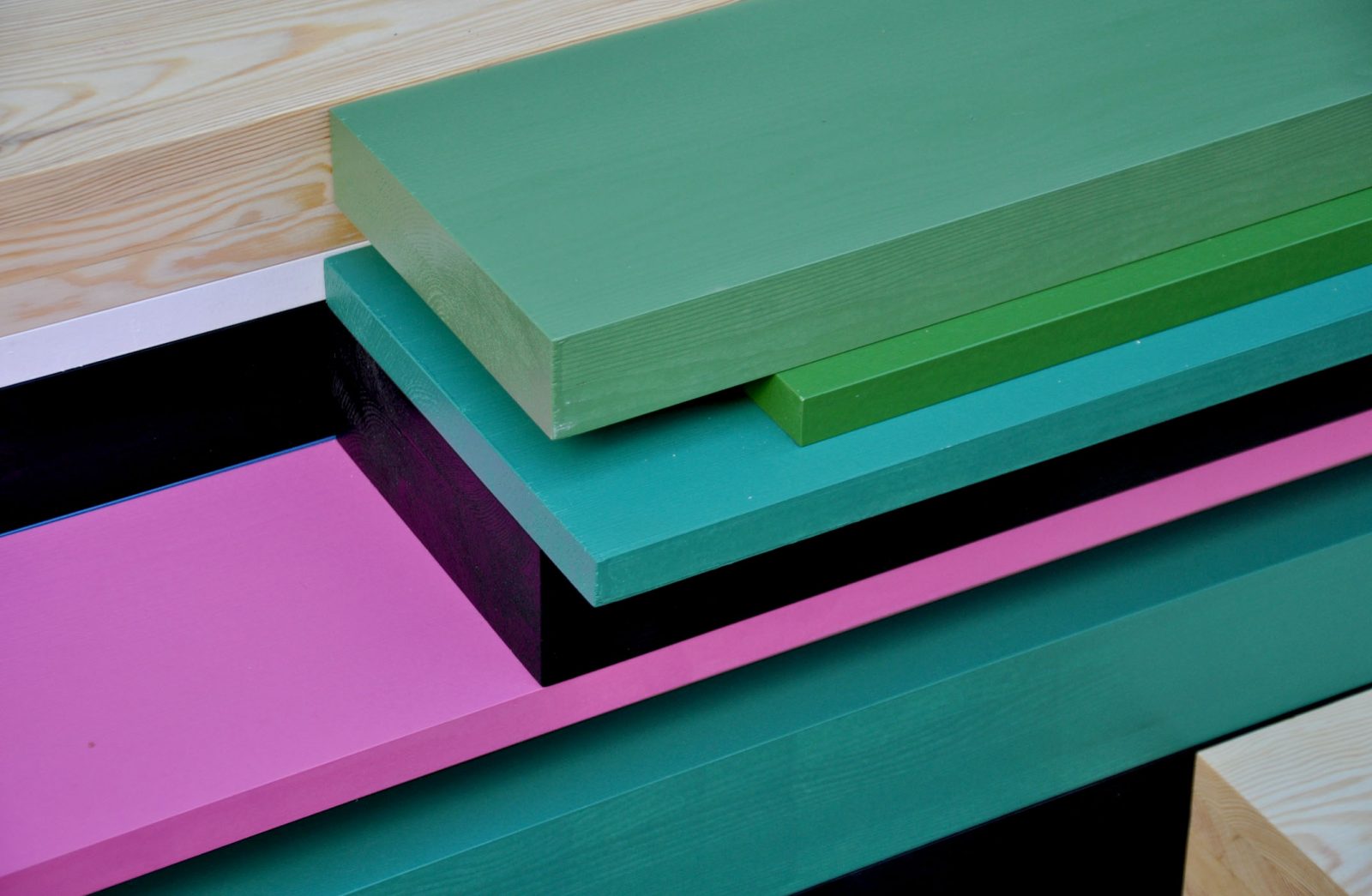 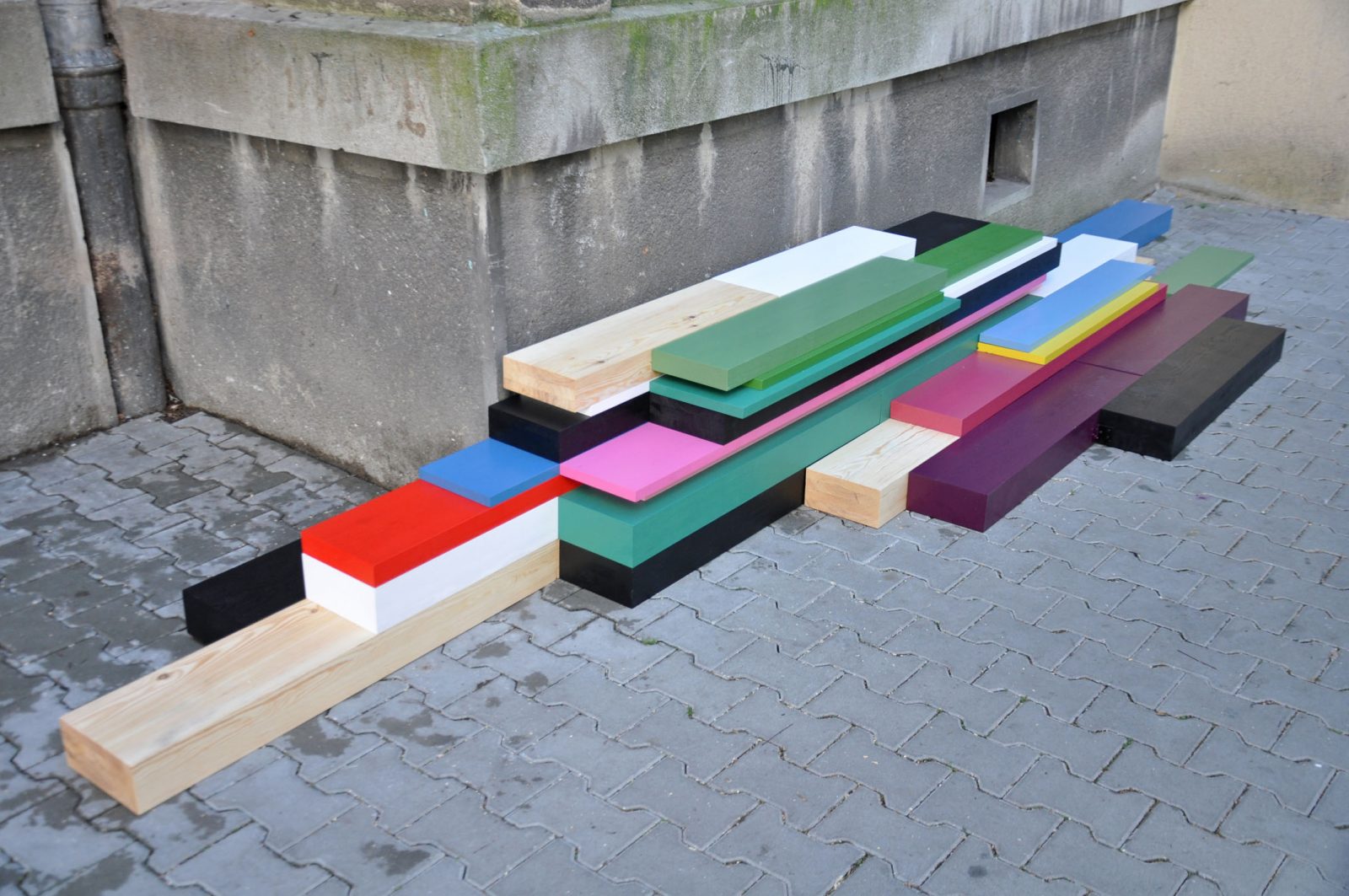 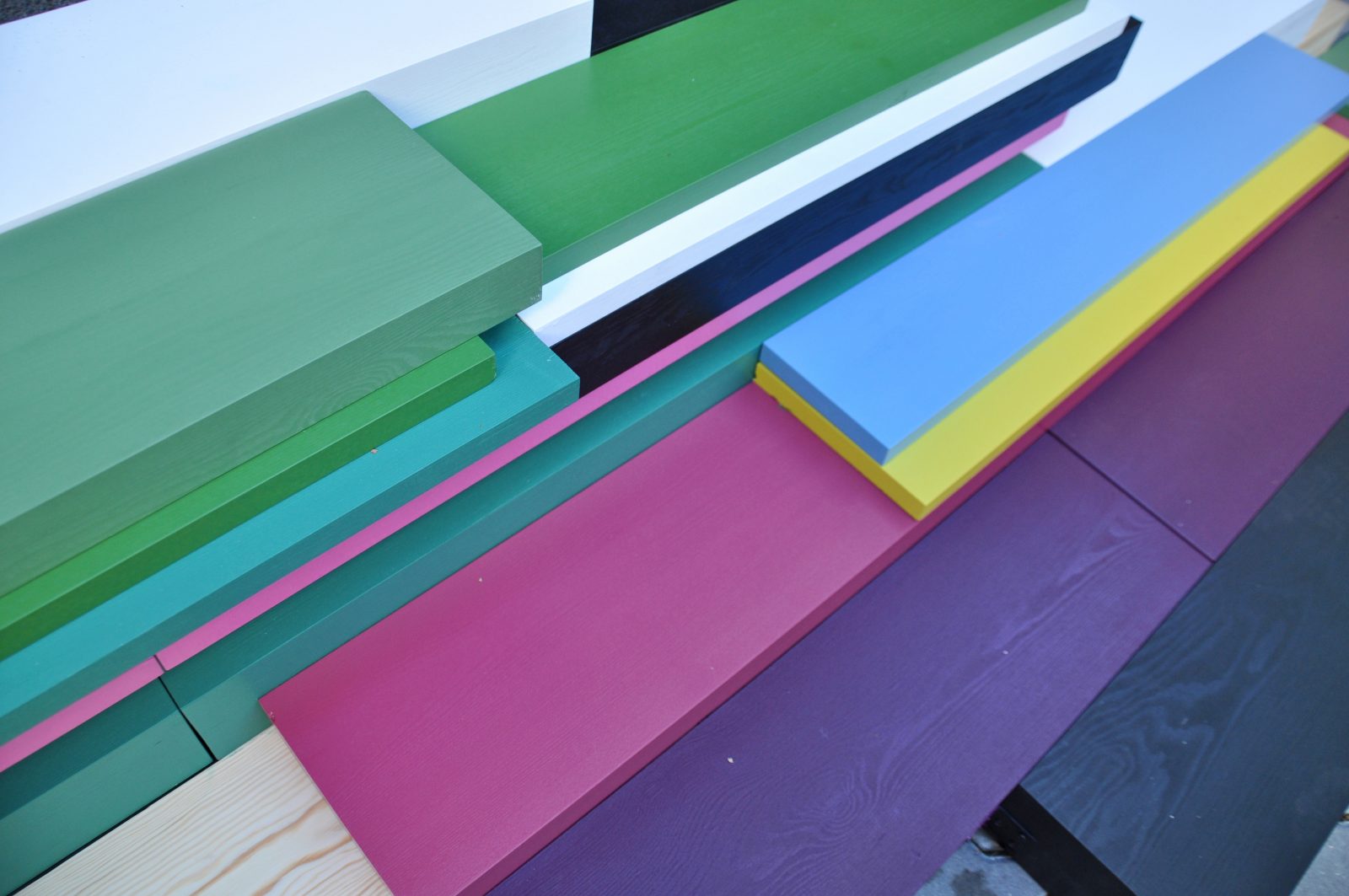 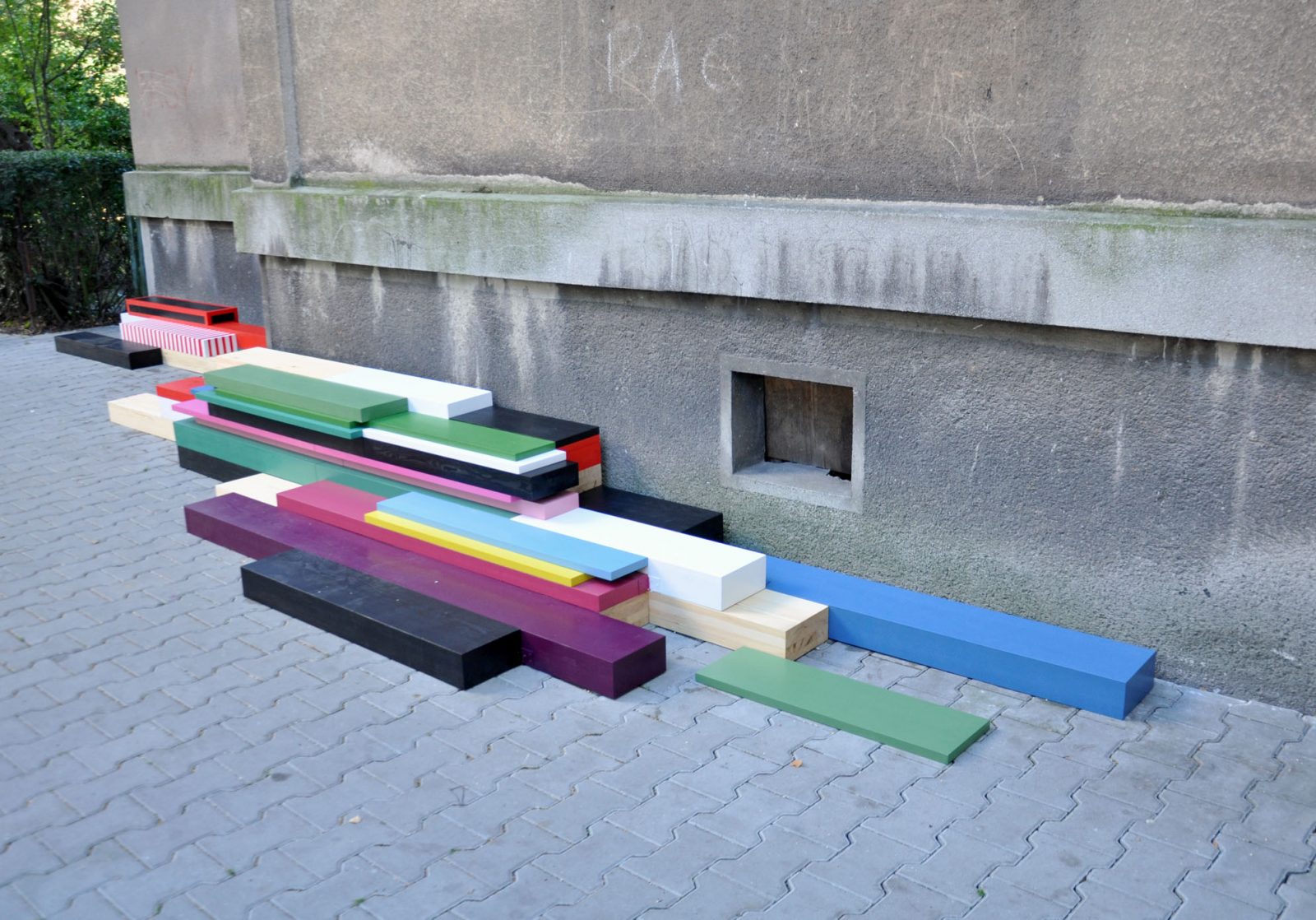 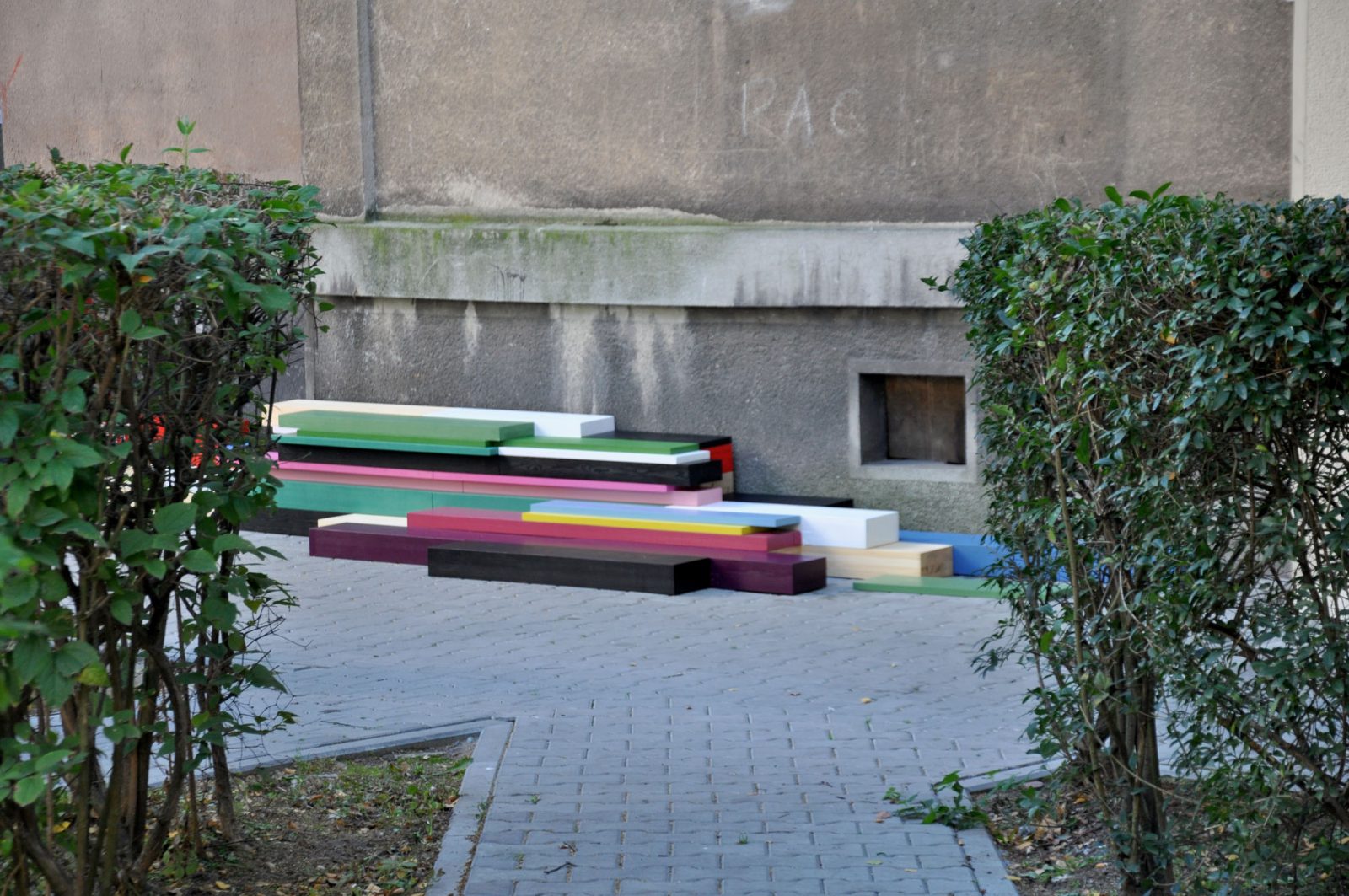 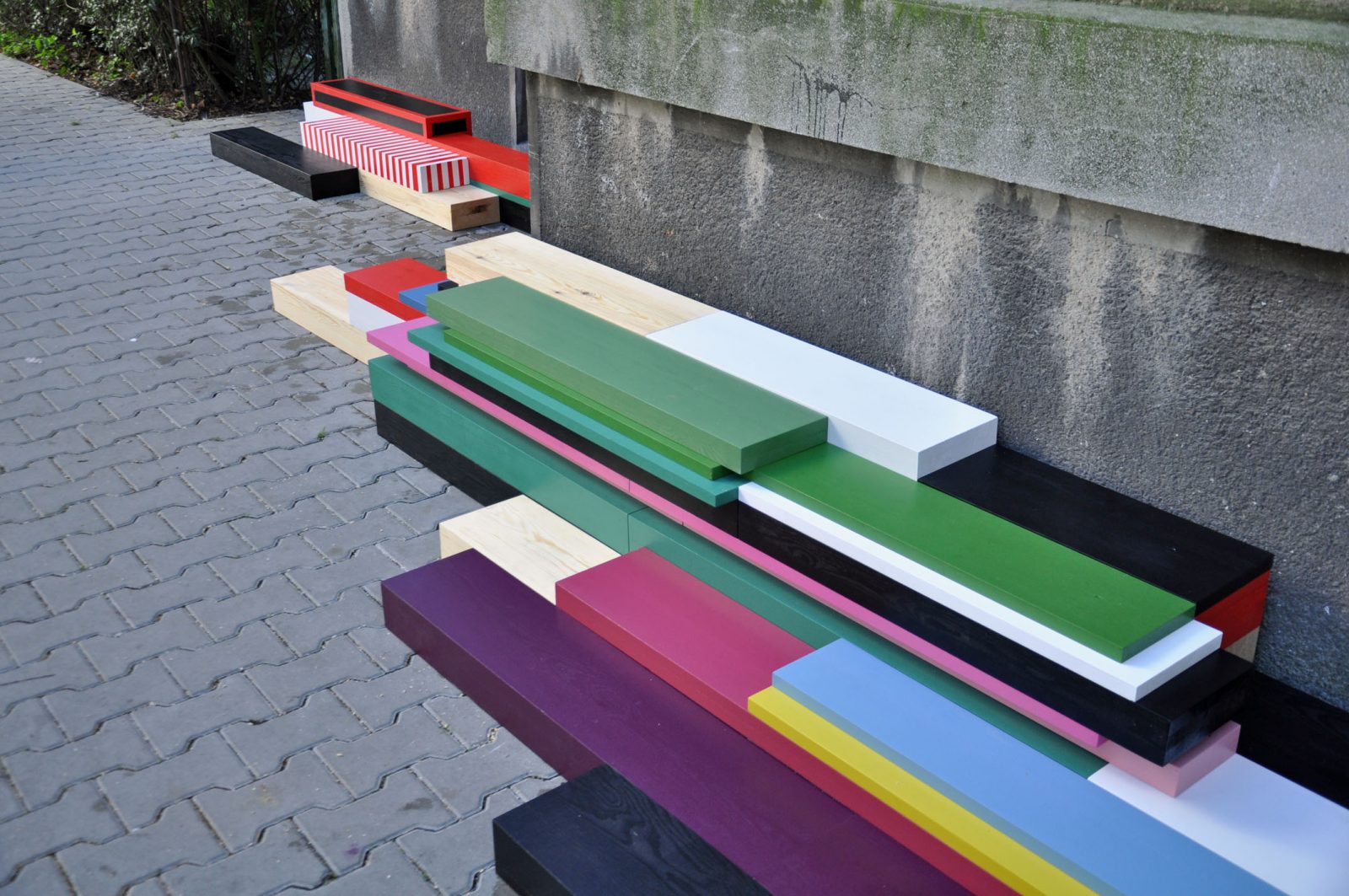 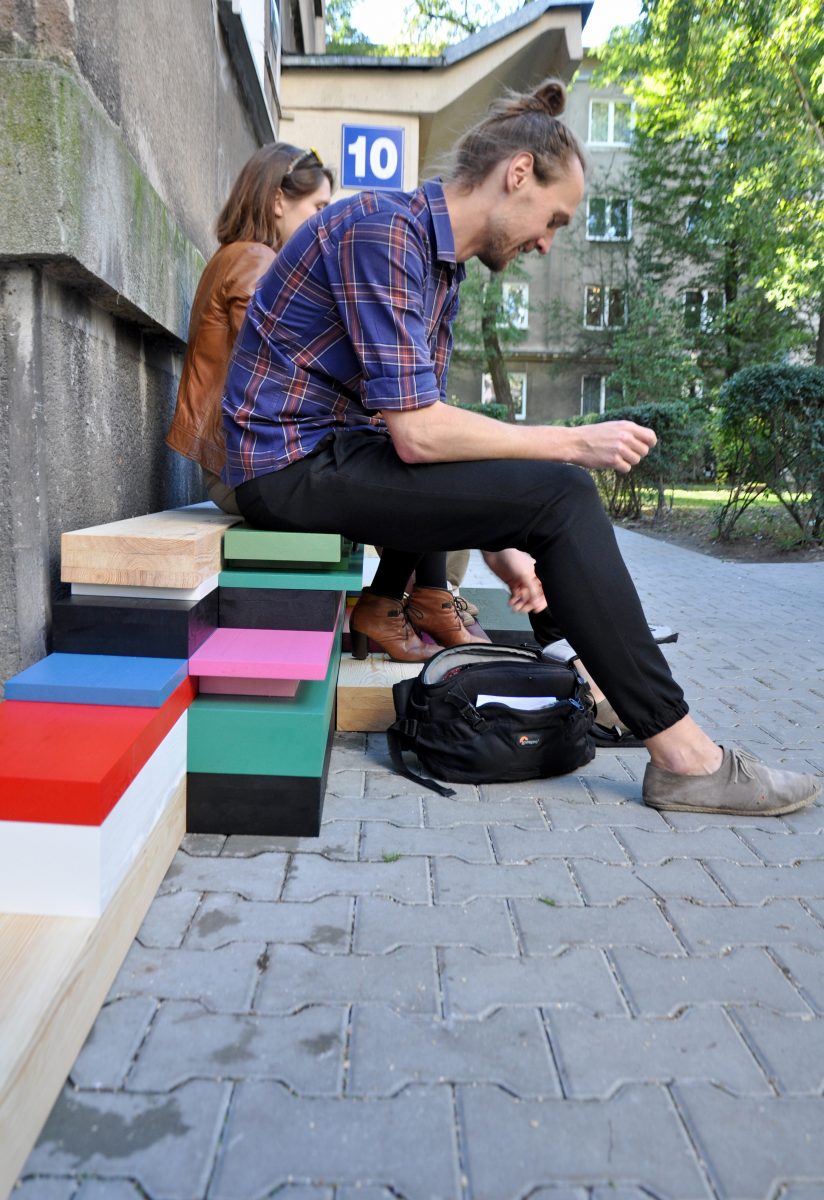 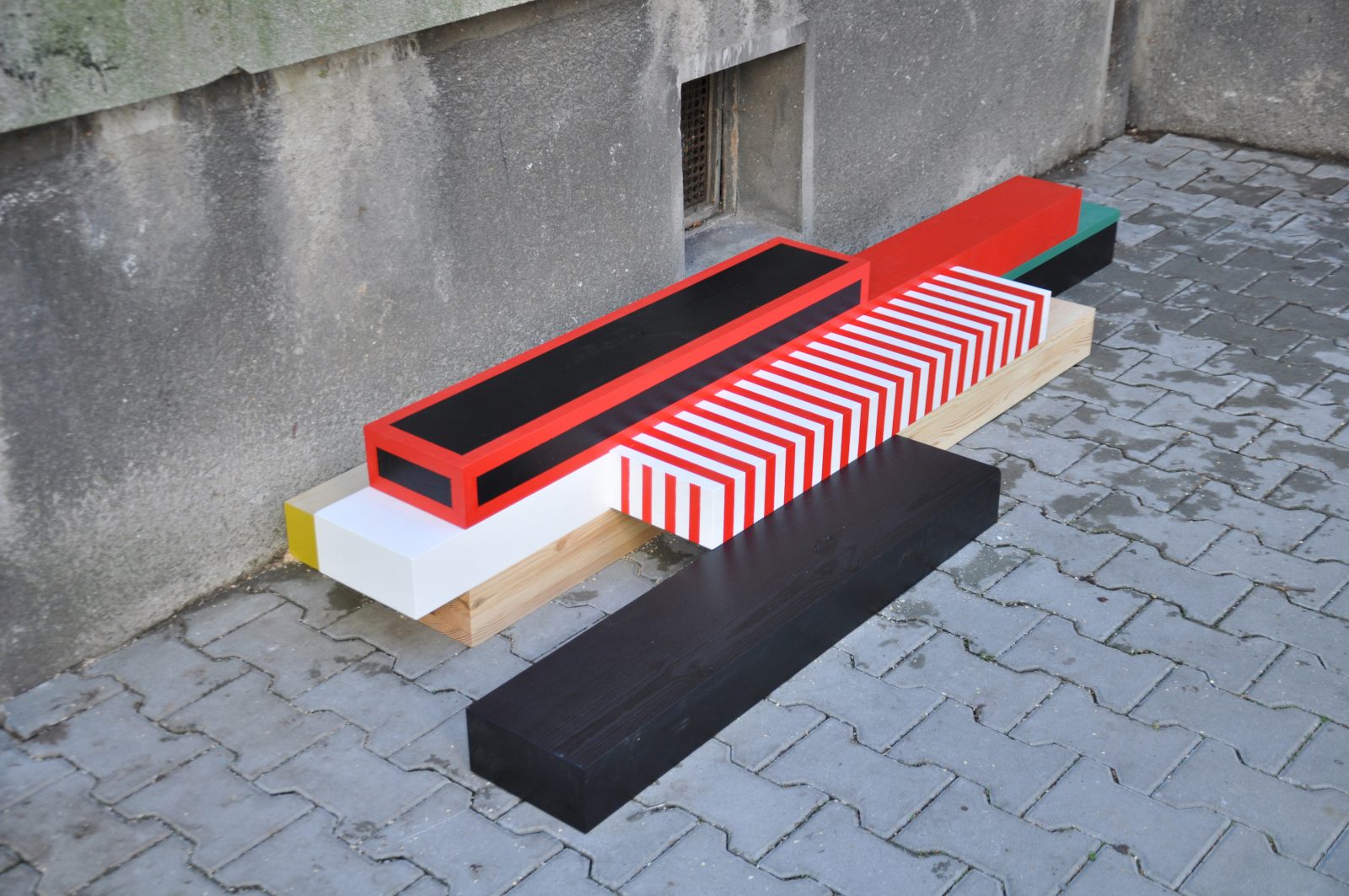 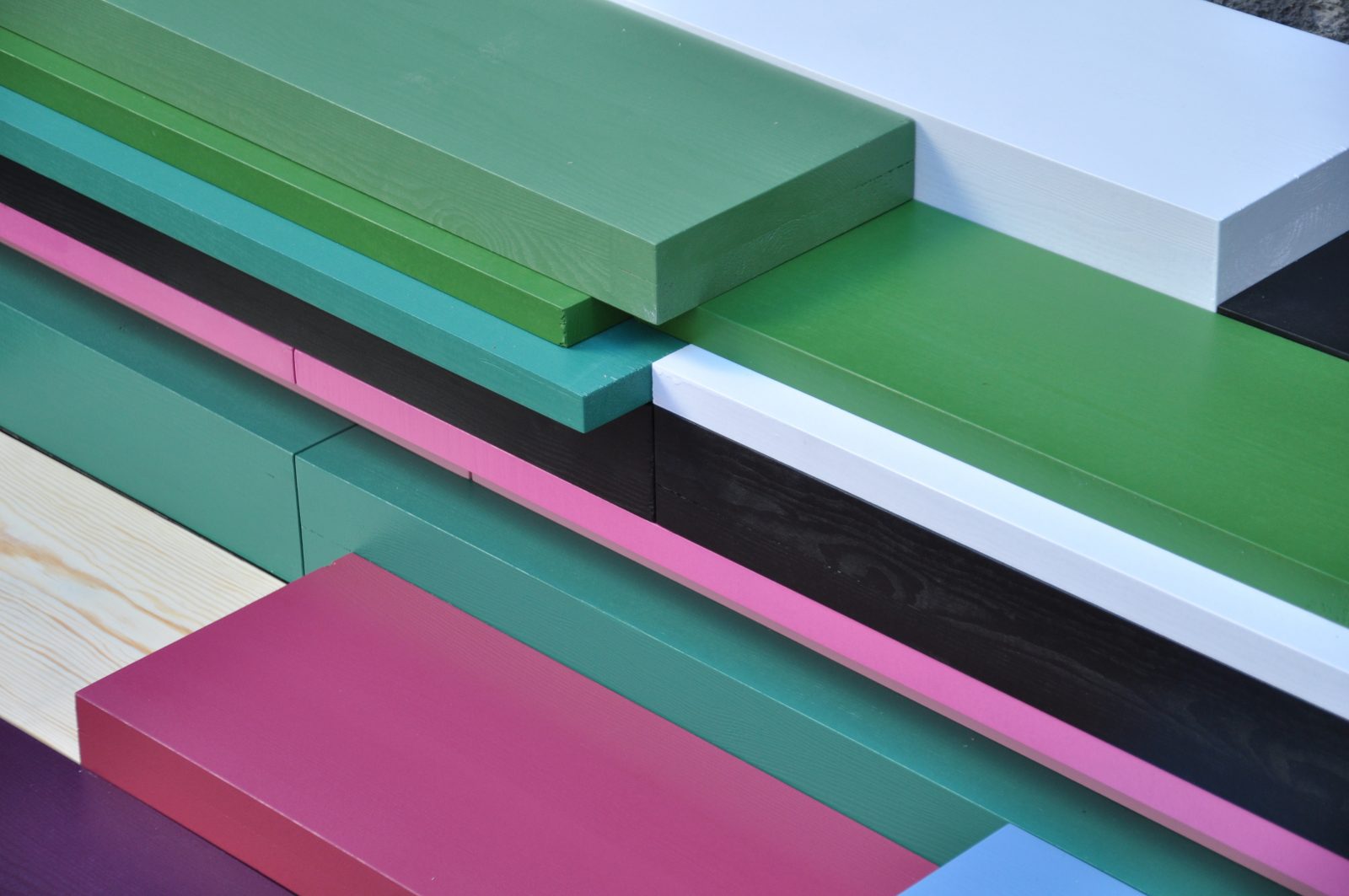 More research on social spaces in modernistic estates by CENTRALA and Aleksandra Kędziorek in How to Domesticate a City: Adaptive Tools to an Urban Environment in Monu 2016, no 24.