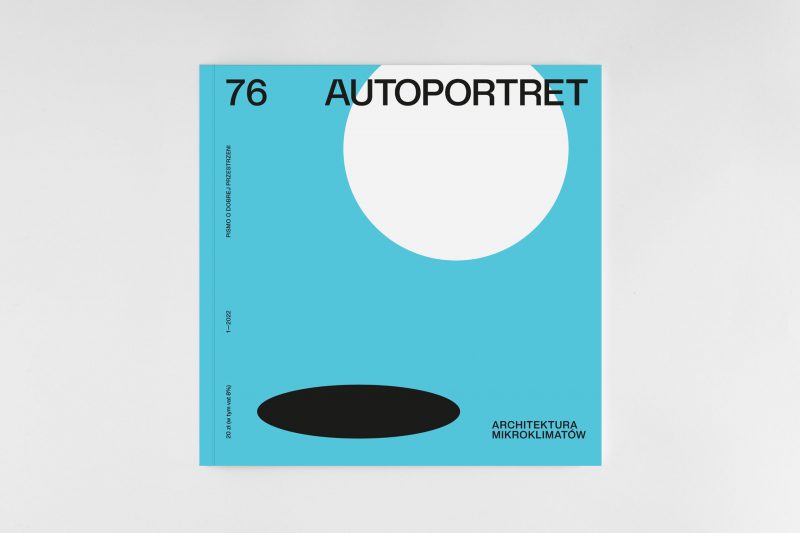 Air Is Architecture. Microclimatic Warsaw is CENTRALA’s manifesto that won 1st prize in the 2021 FUTUWAWA. How Will We Live in Warsaw of the Future? competition.

Our relations with the environment can be deepened and cultivated by observing changes in temperature, insolation levels, humidity, force of convection currents. New buildings modify these ephemeral phenomena, but do so unreflectively. The materiality of the capital city imperceptibly changes the climate in the metropolis. Squares, buildings, streets and greens transform the distribution of heat in the adjacent layer of air. On sweltering days, when we step on overheated concrete, our awareness of the city’s complex aerodynamics increases. We remember which shapes are light-absorbing and what albedo surfaces possess, that is which of them emanate heat and which emanate chill. We intuitively learn where to find zones of coolness, which skyscraper to pass on our way in order to experience draught, where to go down the scarp slope on a bike to feel the crossing of a temperature inversion point. Subtle differences become more and more significant with every new season, although we still fail to respect them.

Activities of the Warsaw community serve the goal of shaping a mosaic of microclimates. This is what we consciously inhabit, along with other entities. Thermodynamic interdependencies between various forms of life and existence build our meteopolis.

Subject to analysis is the density of housing, the materials that build our houses, the thermal radiation of materials, energy and humidity flows, prevailing winds. Making predictions and records of nuances, effects of chance, momentary values and sites of disturbance is made possible by micrometeorology, which relies on collecting a boundless mass of current data. Whenever reflective facades expose neighbours to the risk of extra heat, planting climbers is considered. Flora, fauna and funga are our partners in modifying the existing conditions. Trees saturate wind with terpenes and water vapour. Beavers manage flooding cycles in wetlands. Earthworms create air pockets in the soil, where heat is stored, so that hoar frost can form on the surface. Transpiration and warmth of composting prisms are included in climate models. Subject to mapping is the factor of time, the duration of a microclimatic composition, repeatability in circadian and annual cycles, permanency depending on changes, such as vegetation growth and disappearance of groundwater. It is checked how the organism of the city and its metabolism limits negative weather effects, amplifies positive ones, slows down future problems.

Architectural, land and vegetation forms are responsible for the movement and reach of shadows. When they ensure appropriate thermal contrasts, they also set in motion air and water in vapour state. Shapes deform winds, conditioning whirlwind zones and differences between windward and leeward sides. Circulation shaped by appropriate urban composition forms prisms of snow or conducts air exchange by dragging it from over greenery to built-up areas. Exterior flooring with a three-percent gradient allows sliding currents to remove cool layers near the ground. Deflected and return air currents are regenerated by urban ponds, which saturate them with humidity. Small recesses allow pools of cold air to form, while elevated landforms cast aerodynamic shadows. Landscape folds deliberately formed at the foot of southern slopes guide meltwaters. Declivities levelled to form geometrical flat areas evenly distribute precipitation further. Natural phenomena are amplified in order to sustain Warsaw’s microclimates. This is what infrastructural projects, auxiliary technology and maintenance procedures are subordinated to. Sometimes this means making openings in thick bushes to allow cool air to descend above water; in other cases free-growing thicket forms windbreaks. An age-long rule is tapped into: the Vistula valley channels the air that settles over the city even when the weather is windless, with air movement caused by the river current.

Guides to Warsaw’s microclimates are updated on an ongoing basis. They indicate areas with high seasonal winds, created for wind-dispersed plants and arthropods carried by the wind. They offer information about gentle microclimates that are beneficial for people, but also about those with inuring effects, which respond to the needs of other inhabitants. About pools where cold air descends, drying breeze does not reach, humidity lingers and precipitates, and then freezes. About eternally overshadowed, supercooled areas, plunged in darkness, where nature can safely go into the state of dormancy. People appreciate this lack of constant comfort. Rare weather phenomena, such as dew, fog and crepuscular rays serve as a pretext for organising picnics. And spectacular atmospheric depositions, such as rime or hoar frost are admired as urban art.