We have organized walking tours in Warsaw for, among others

Walking is the best way to directly engage with Warsaw’s heritage and its palimpsestic urban fabric. Our guided walks allow for a more in-depth reading of the city, going beyond its surface and obvious symbolics. They are walkthroughs through place and placelessness of stories. They reveal multiple temporalities located in one urban space and confront with battling urban narrations.

Below you can find scenarios of our most popular walks. We would be very happy to prepare a new walk for you or your institution. 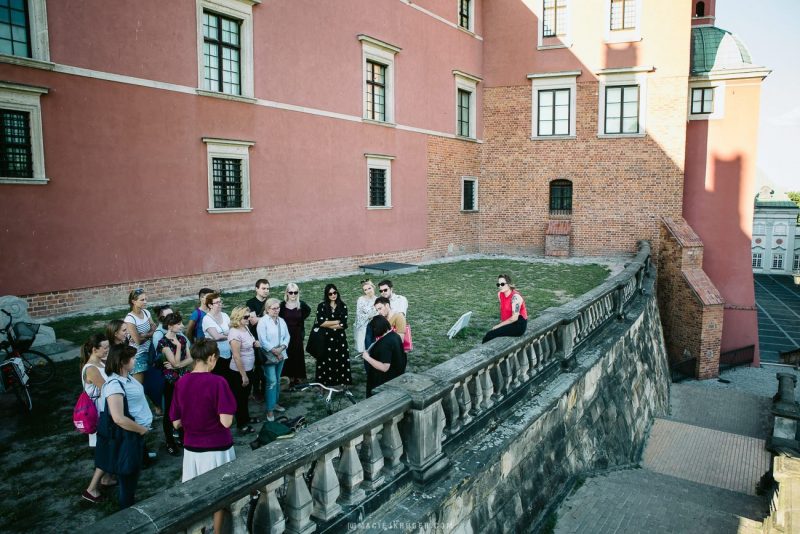 Memoryscape of the Wola district
Warsaw’s memoryscape is a real or symbolic area in which collective memory is spatialised. This idea stems from the awareness that the built environment narrates social, political and cultural stories, but also leaves a great room for manipulation. It is important to remain sharp and critical about the ways in which local governors and stakeholders curate public consciousness in terms of commemoration, representation and erasure. We invite you to walk through the Wola district—one of the most heterogeneous (and vexed) spaces in Warsaw. It is a place where many temporalities and narrations co-exist. We wade through them in order to scrape through the outer veneer of the city and see what is hidden behind its surface. 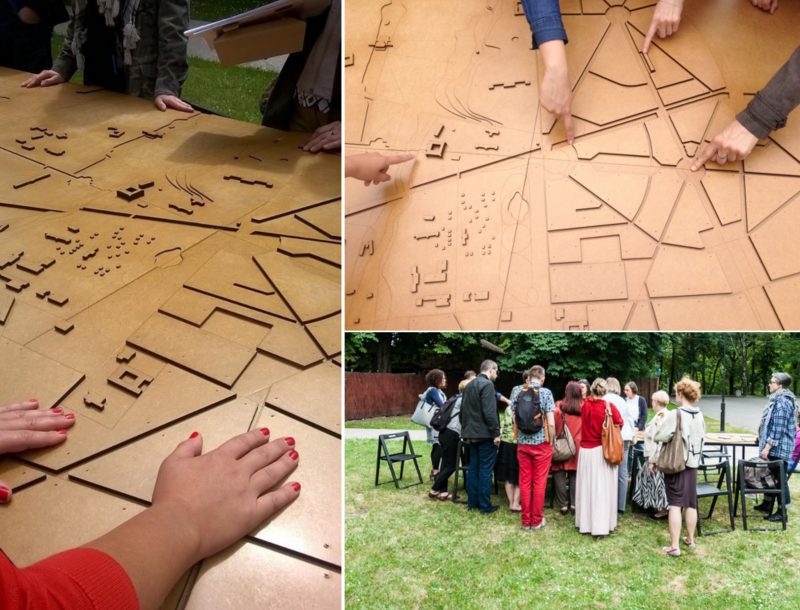 Rooftop Hiking
A roof is perhaps the most fundamental element of architecture. It represents a gesture of closure. It also structures our sensorial experience of the city. Usually only cats, martens and chimney sweeps are familiar with the urban roofing landscape, its outlines, surfaces and tectonics. For most residents, the raised threshold of the city is imperceptible – they usually experience the city from the street level. Look up and admire the beauty of the ephemeral cloud! Enjoy the power of architecture and human achievement, while admiring the panorama of the city! During this tour, we climb a number of roofs in the Praga district, gain a novel perspective on Warsaw’s landscape and experience the city in all of its three dimension. These walks are part of the Rooftop Hiking [Polish, Dachologia] project. 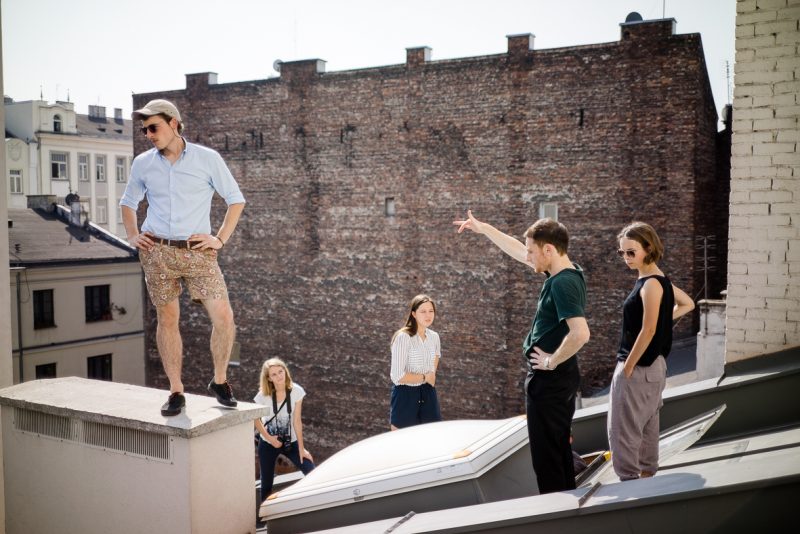 Warszawianka
Warszawianka is a large-scale complex for amateur sport and popular recreation, set into the gentle escarpment of the Vistula river valley and characterized by its extraordinary hydrogeological formation. The complex, designed by the Art and Research Unit at the Academy of Fine Arts in Warsaw led by Jerzy Sołtan, is now defunct. Still the tarmacs, embankments and hollows of Warszawianka direct the course of the water that has been eroding the slopes of the escarpment continuously since the end of the last geological period. As long as the space was properly maintained, the water was a component that directed the flow of visitors, produced microclimates appropriate for the various disciplines and worked alongside with gravity in sustaining the architectural-geological construction of the site. During our walk, we rediscover the traces of architecture-water collaboration. These walks are part of the Decoding Warszawianka landscape project. 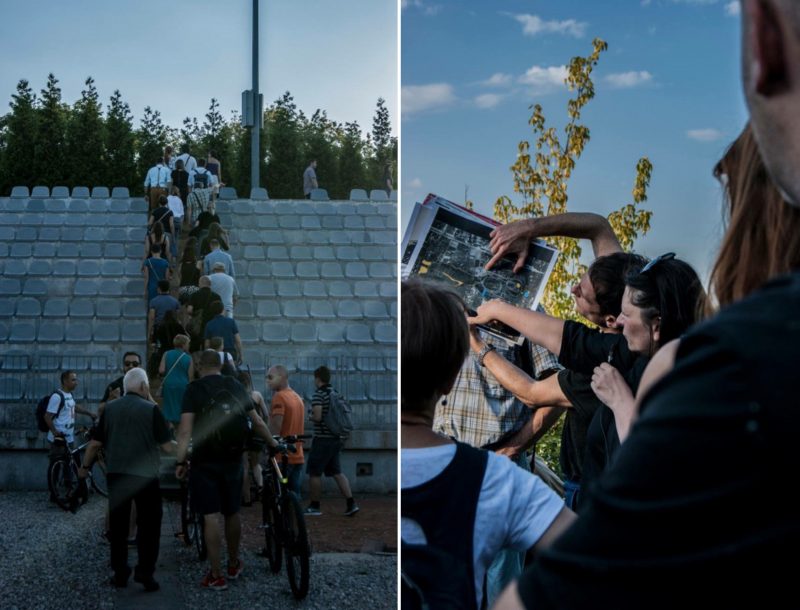 Warsaw’s Smile
The spatial logic of downtown Warsaw is defined by an orthogonal grid. The line traced by the Mokotowska, Bracka and Zgoda Streets cuts diagonally across it, unexpectedly disturbing the pattern – not unlike Broadway cuts through Manhattan. Archival research revealed here the remnants of an old road that existed even before the city’s founding, while the behavioral ethnography of the streets’ users – owners of niche boutiques, and passers-by using the sequence of streets as a convenient shortcut – demonstrated the embodied distinctness of the setup. Warsaw Smile is a reference to its U-shaped form, but also a name for a fragment of the city that is missing from its mental map. It is also a testimony to the surprisingly deep historical continuities inherent in Warsaw’s built environment and the quotidian practices of its residents. These walks are part of the Warsaw’s Smile project.