curator: Kacper Kępiński
organized by the National Institute of Architecture and Urban Planning

Since 2012 CENTRALA has been investigating Warsaw’s man-made landscape, created from the rubble that was left behind in result of the city’s rapid and violent destruction towards the end of World War II. As architects we are interested in understanding possible afterlives of building materials. Visual traces of ruin and violence, when embedded within the landscape, operate at both archaeological and infrastructural levels. Architectural wreckage thereby reads as a palimpsest of hybrid transformations performed by both mankind and nature. 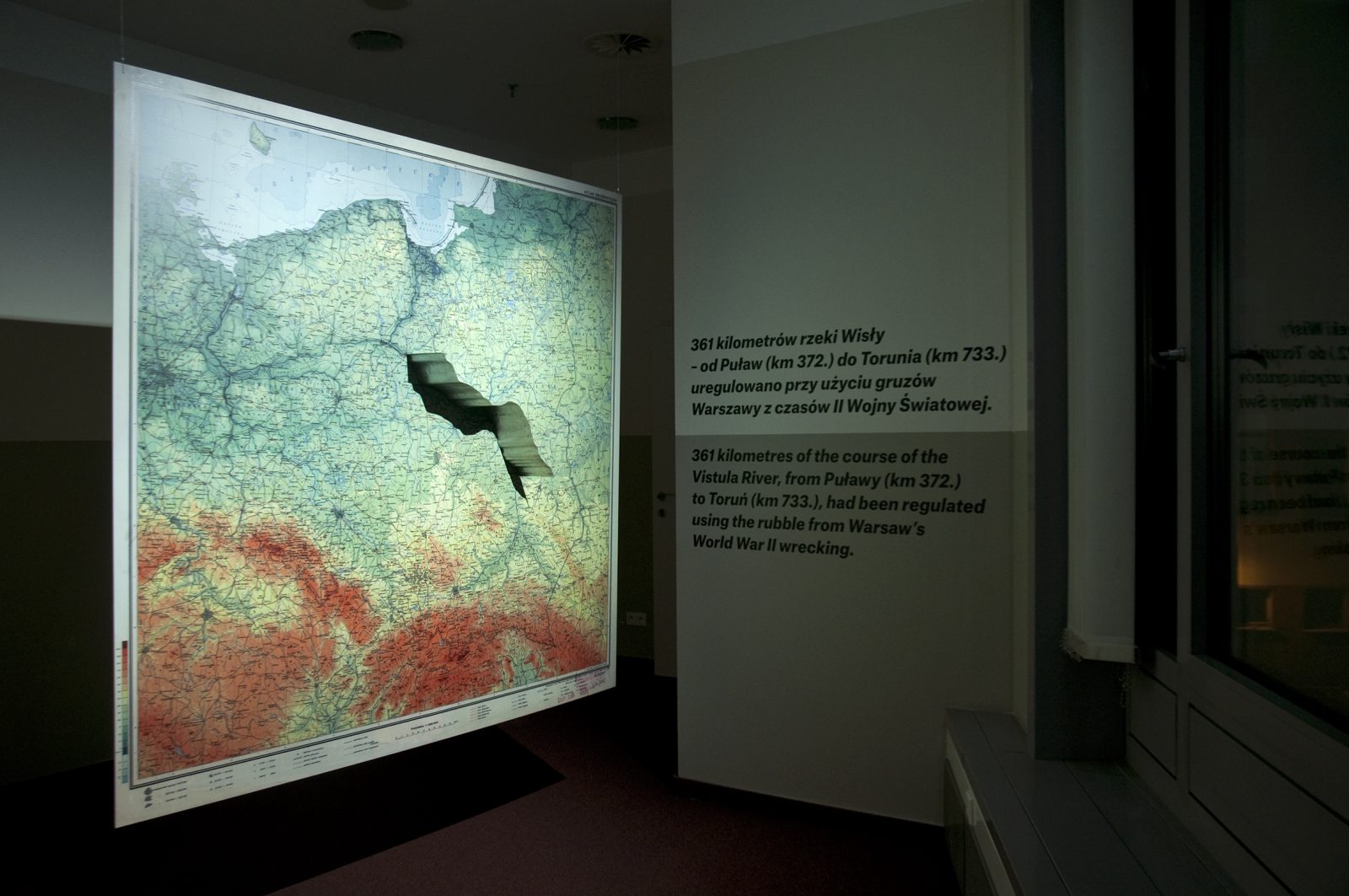 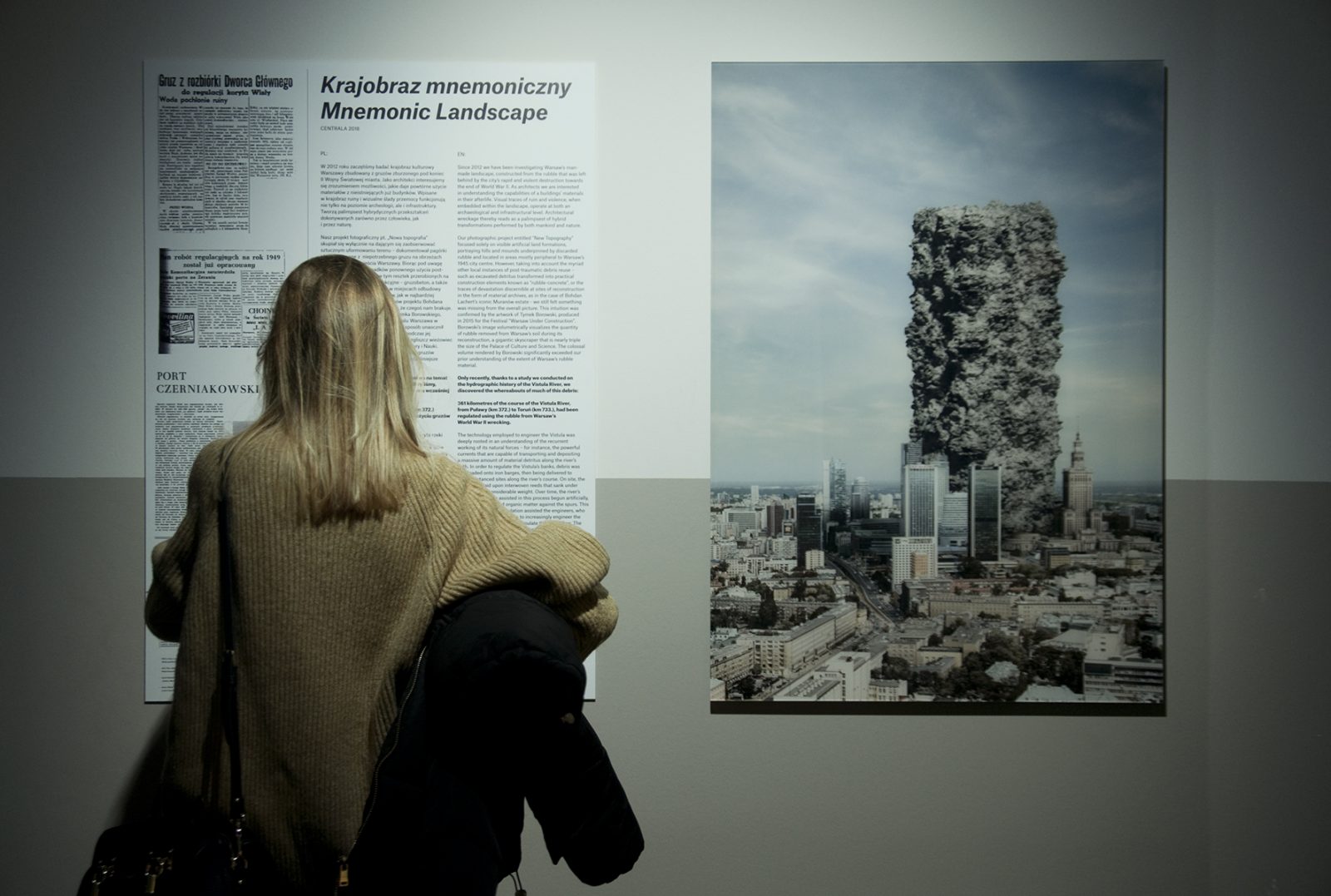 Our photographic project from 2012 entitled New Topography focused solely on visible artificial land formations, portraying hills and mounds underpinned by discarded rubble and located in areas mostly peripheral to Warsaw’s 1945 city centre. However, taking into account the myriad other local instances of post-traumatic debris reuse—such as excavated detritus transformed into practical construction elements known as rubble-concrete, or the traces of devastation discernible at sites of reconstruction in the form of material archives, as in the case of Bohdan Lachert’s iconic Muranów estate—we still felt something was missing from the overall picture. This intuition was confirmed by the artwork of Tymek Borowski, produced in 2015 for the Warsaw Under Construction festival. Borowski’s image volumetrically visualizes the quantity of rubble removed from Warsaw’s soil during its reconstruction, a gigantic skyscraper that is nearly triple the size of the Palace of Culture and Science. The colossal volume rendered by Borowski significantly exceeded our prior understanding of the extent of Warsaw’s rubble material. 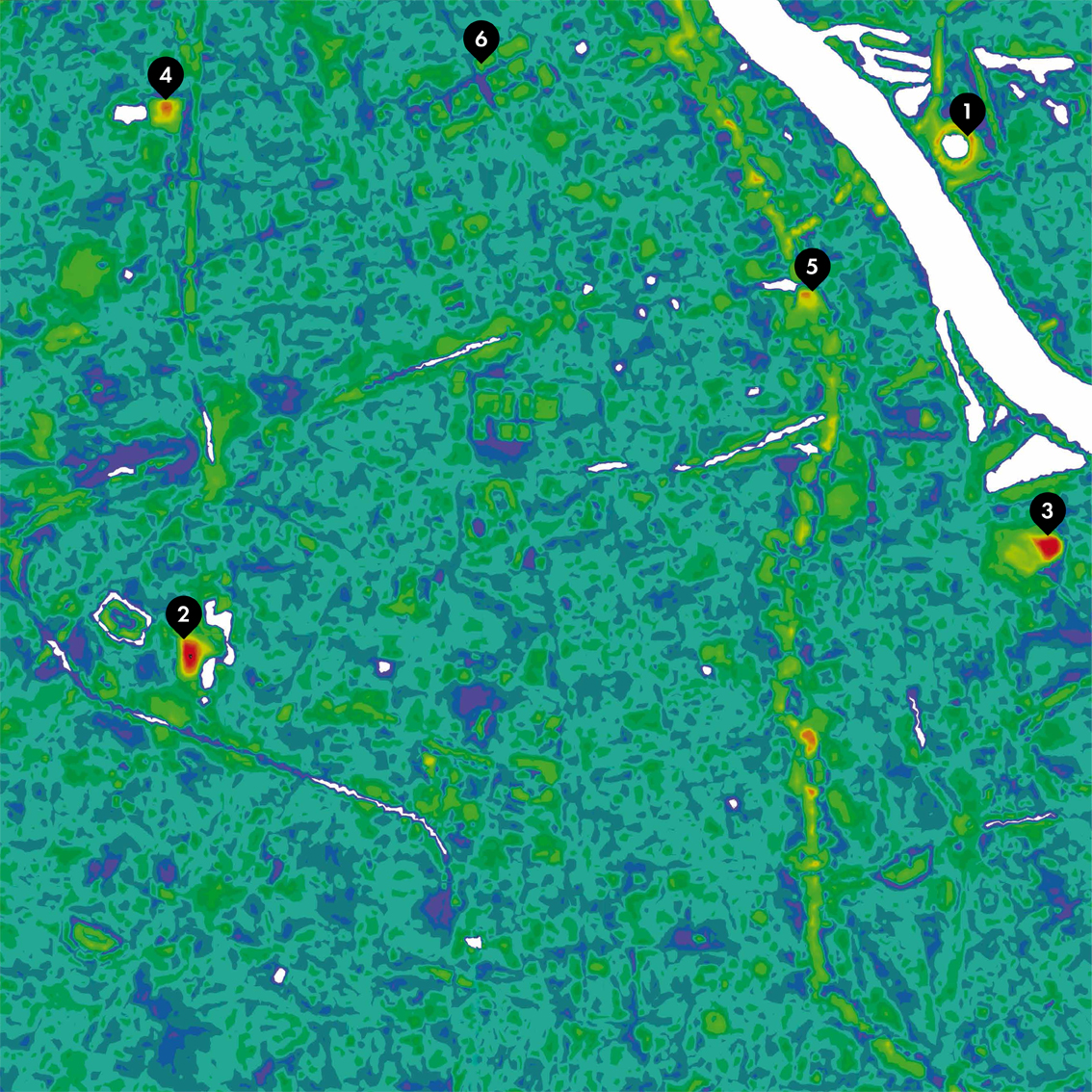 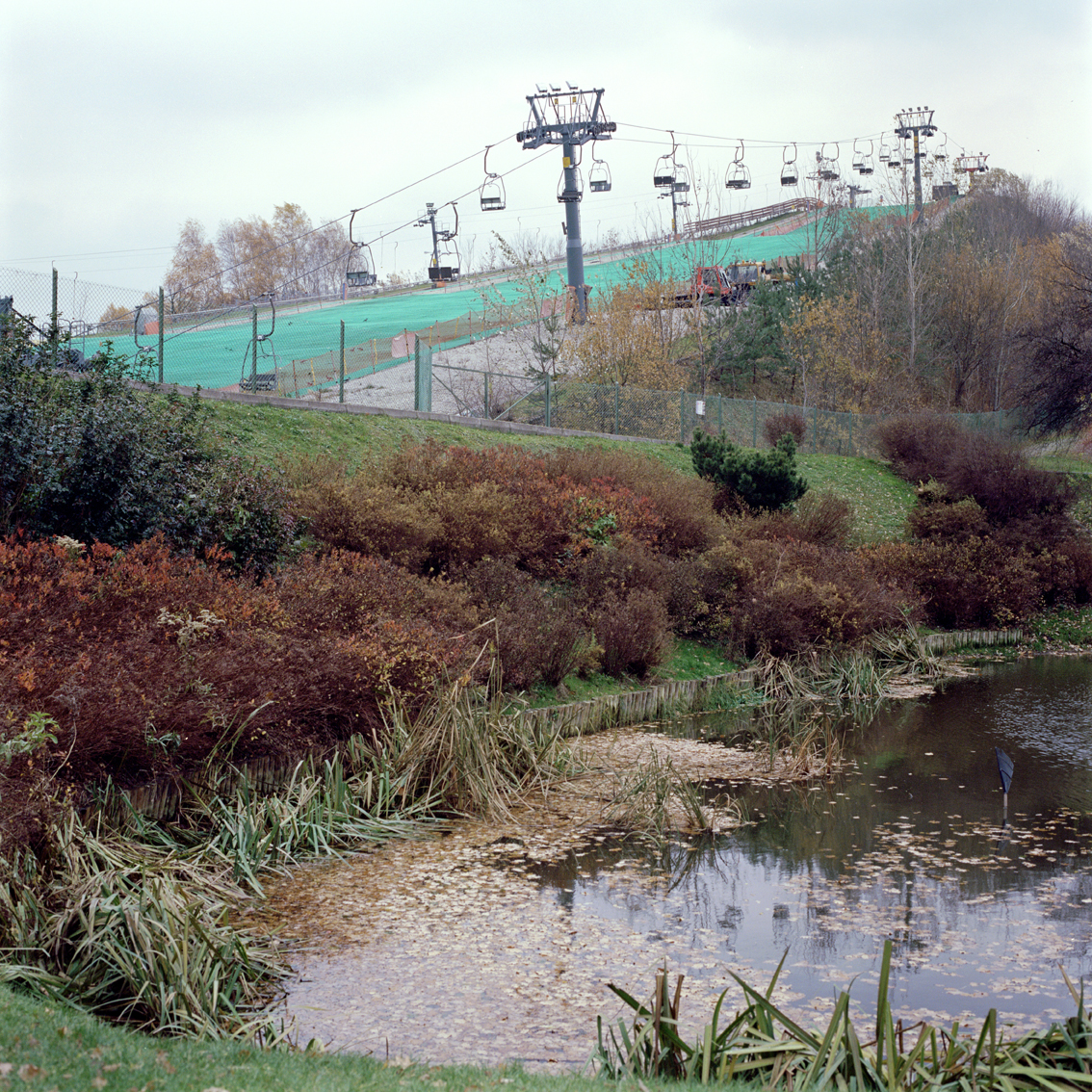 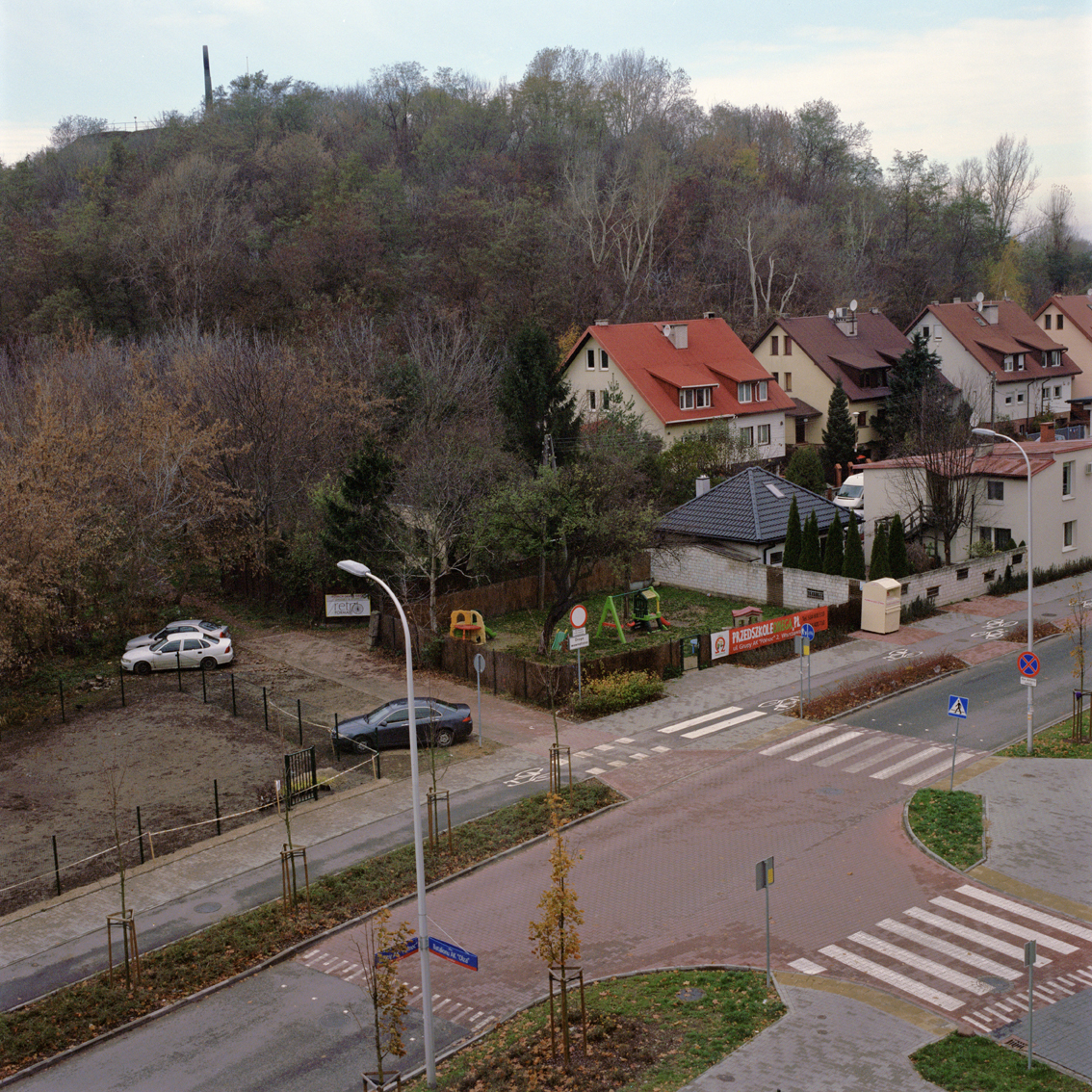 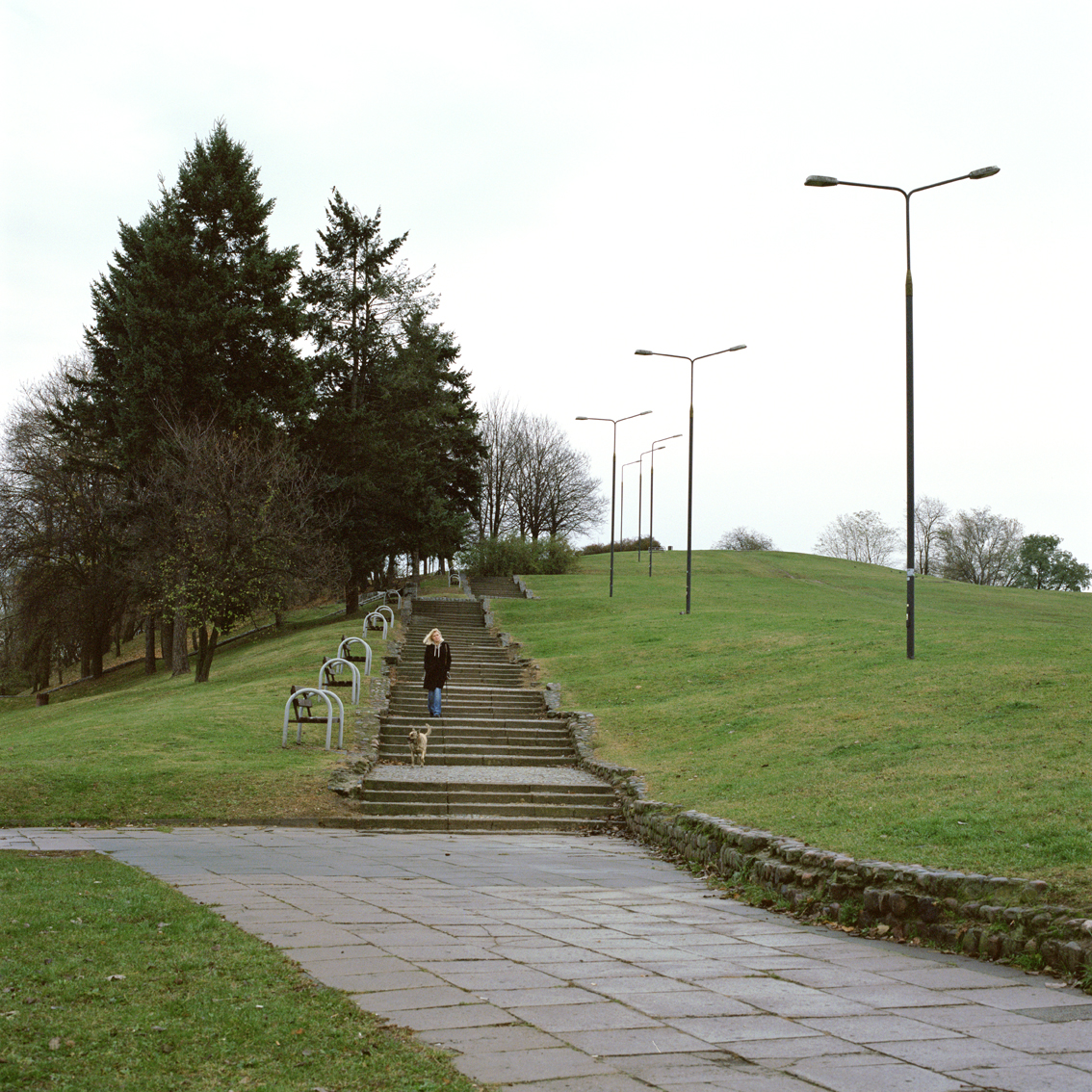 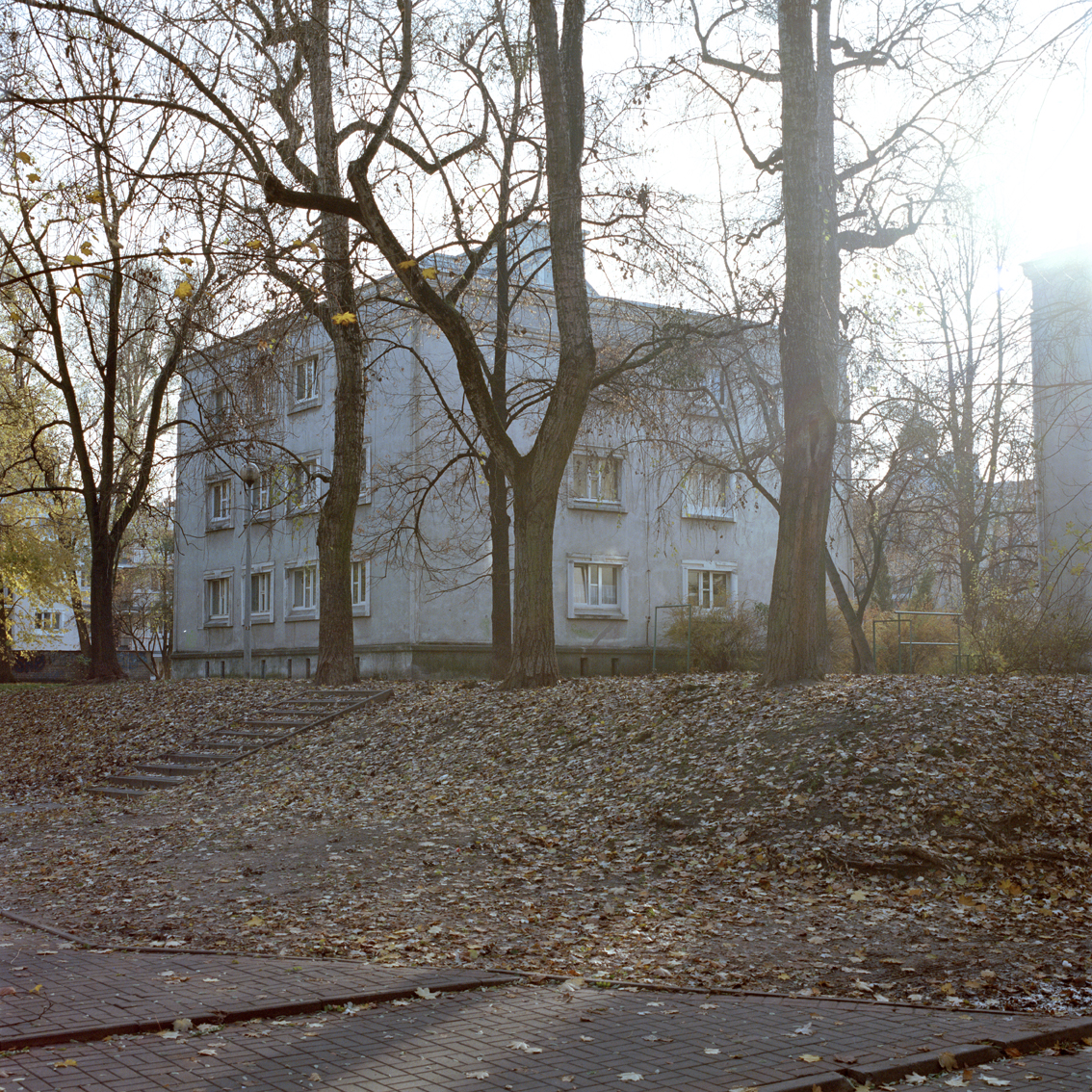 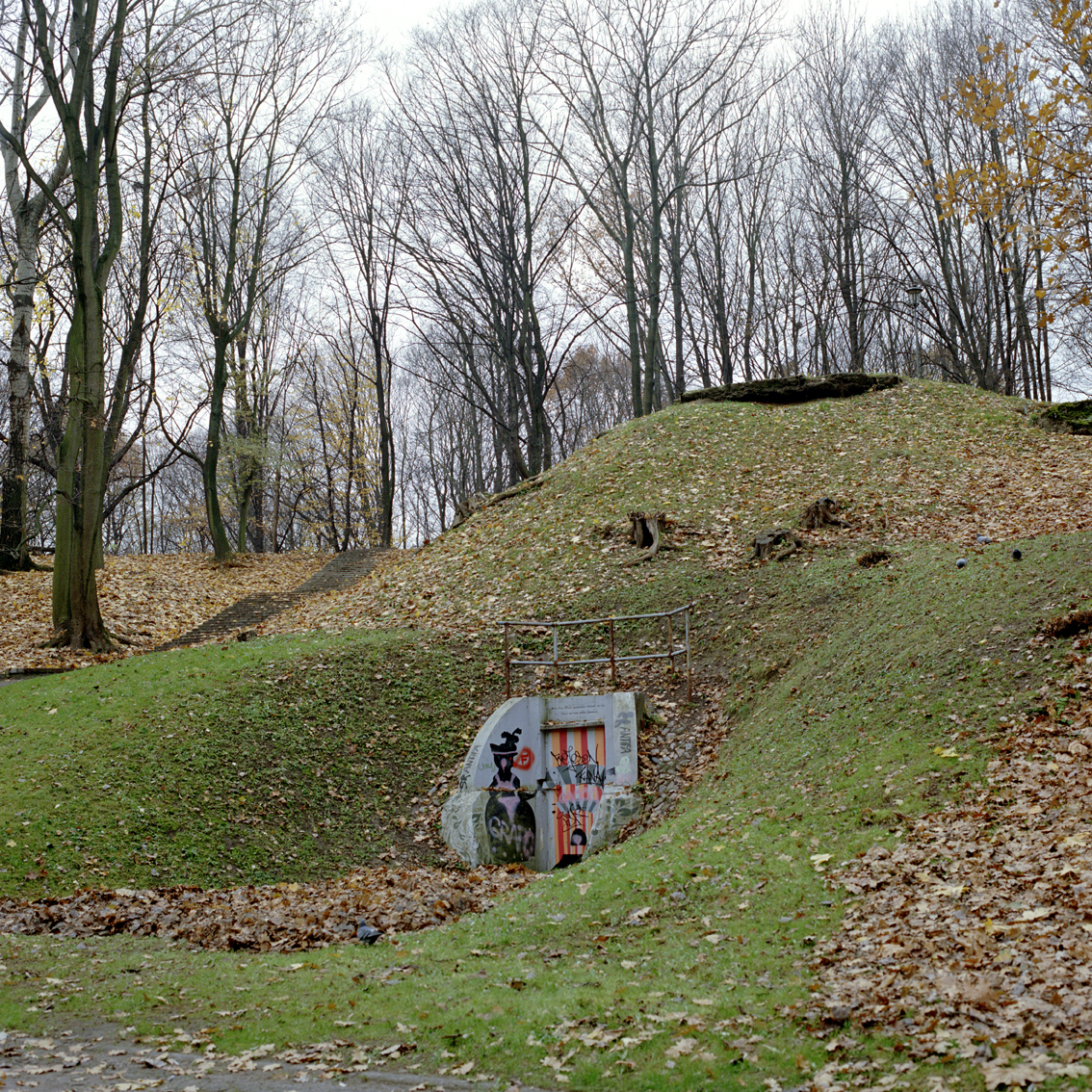 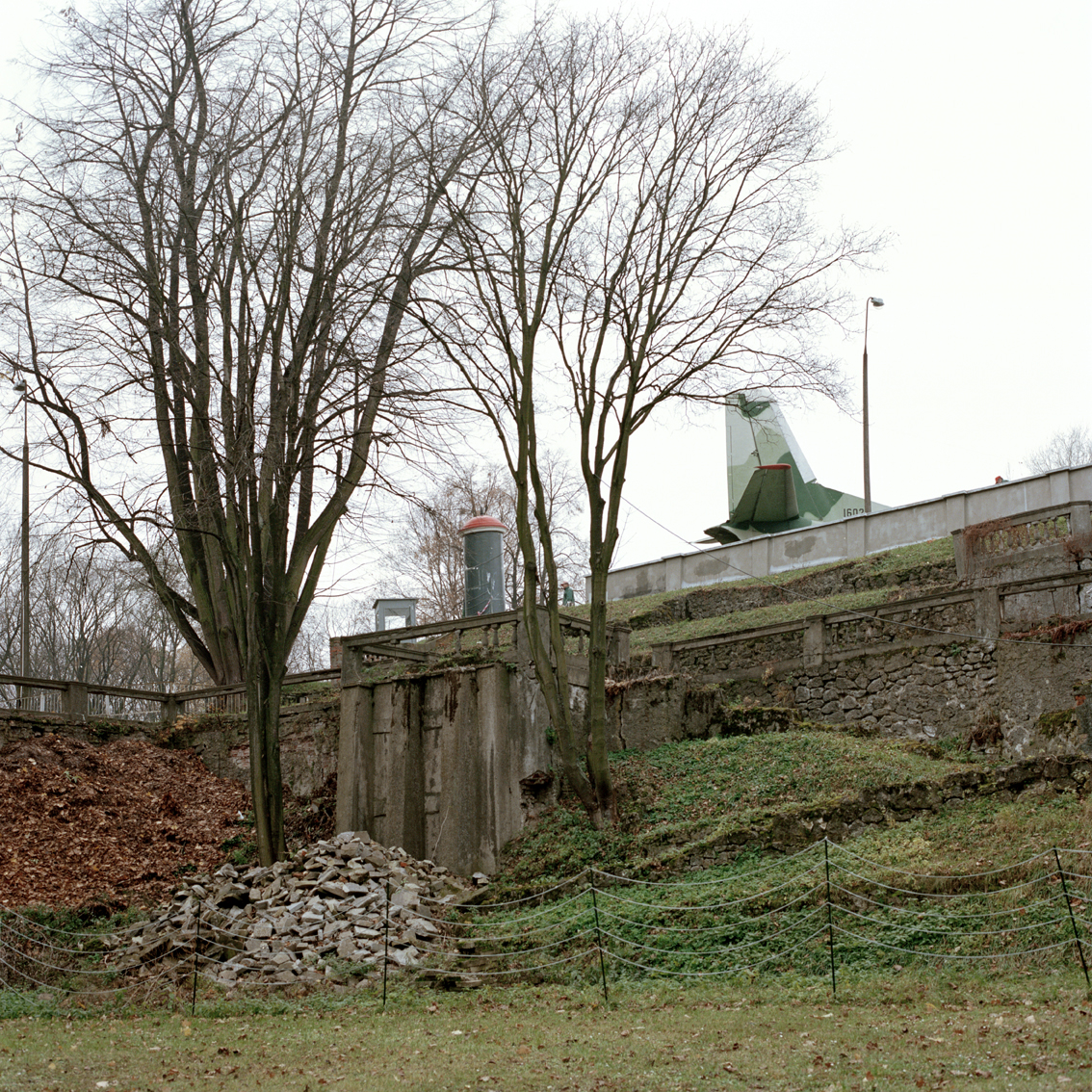 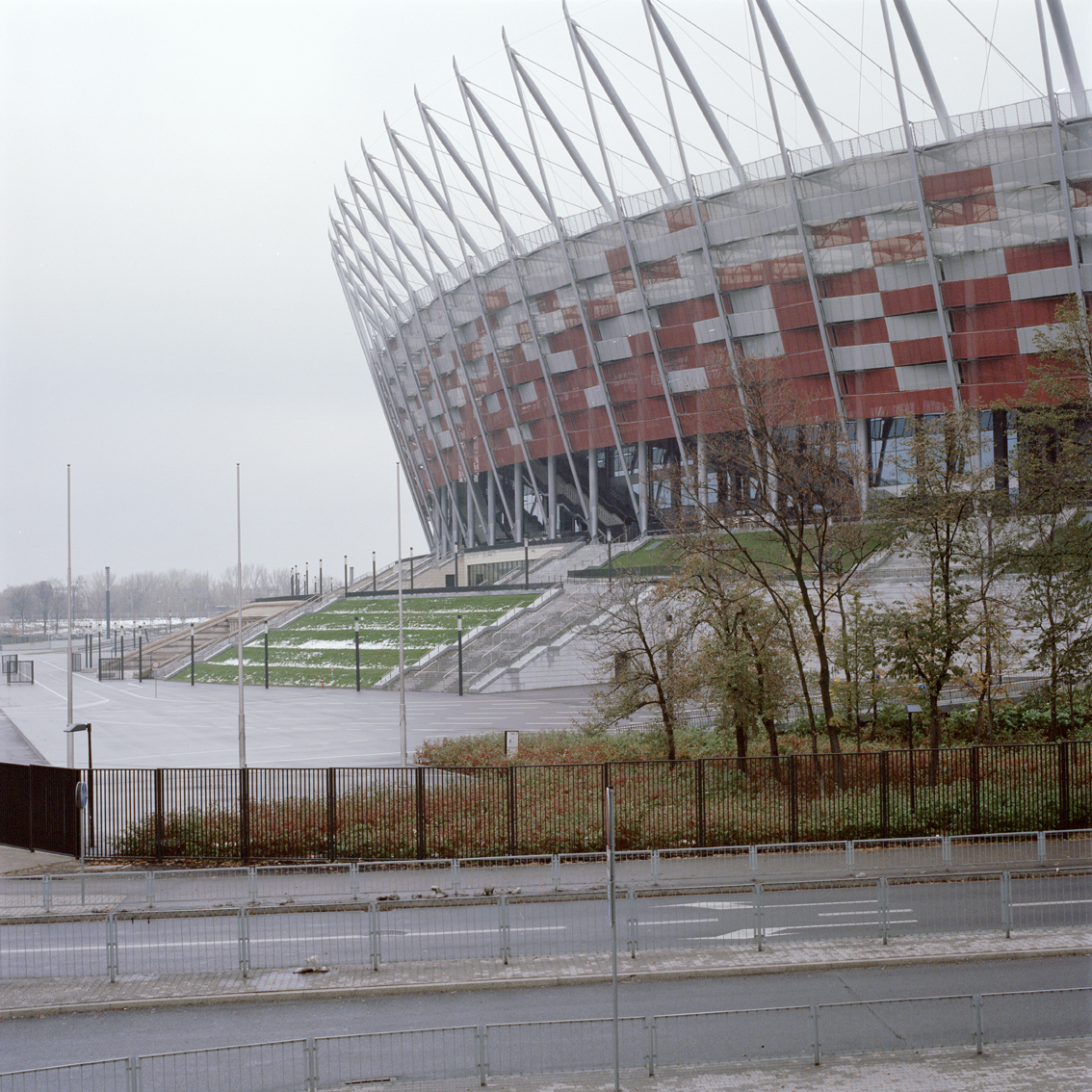 Only recently, thanks to a study we conducted on the hydrographic history of the Vistula River, we discovered the whereabouts of much of this debris: 361 kilometers of the course of the Vistula River, from Puławy (km 372.) to Toruń (km 733.), had been regulated using the rubble from Warsaw’s World War II wrecking.

The technology employed to engineer the Vistula was deeply rooted in an understanding of the recurrent working of its natural forces—for instance, the powerful currents that are capable of transporting and depositing a massive amount of material detritus along the river’s path. In order to regulate the Vistula’s banks, debris was first loaded onto iron barges, then being delivered to evenly distanced sites along the river’s course. On site, the rubble was laid upon interwoven reeds that sank under the material’s considerable weight. Over time, the river’s natural operations assisted in this process begun artificially, depositing sands and organic matter against the spurs. This gradual organic accumulation assisted the engineers, who repeated the process yearly, to increasingly engineer the watercourse and thereby manipulate the river’s flow. The narrowing of the Vistula is therefore the result of a long-lasting symbiosis between man and nature, a cooperative process that led to what we today observe to be the natural banks of the river. On the contrary—the Vistula’s braided course is, in fact, a carefully engineered landscape with a significant symbolic value.