Now the model is on show at the permanent exhibition ‘Sections. Gallery of Polish architecture of the 20th and 21st centuries’,   The Szołayski House, National Museum in Krakow
https://mnk.pl/exhibitions/196

The Rain Pavilion is a device devoted to precipitation—an atmospheric phenomenon of critical significance for the Earth’s ecosystem and the forms of assemblies it facilitates. Changing the way water circulation is perceived, connecting it multisensorially with social practices, is a postulated performative dimension of CENTRALA’s architectural intervention. The architecture of the Rain Pavilion is the amplification of the differences between seven types of rainfall characteristic for Warsaw and their names (now mostly obsolete) as identified by 1956 Władysław Kupiszewski’s ethnolinguistic study of regional weather dialect diversity. 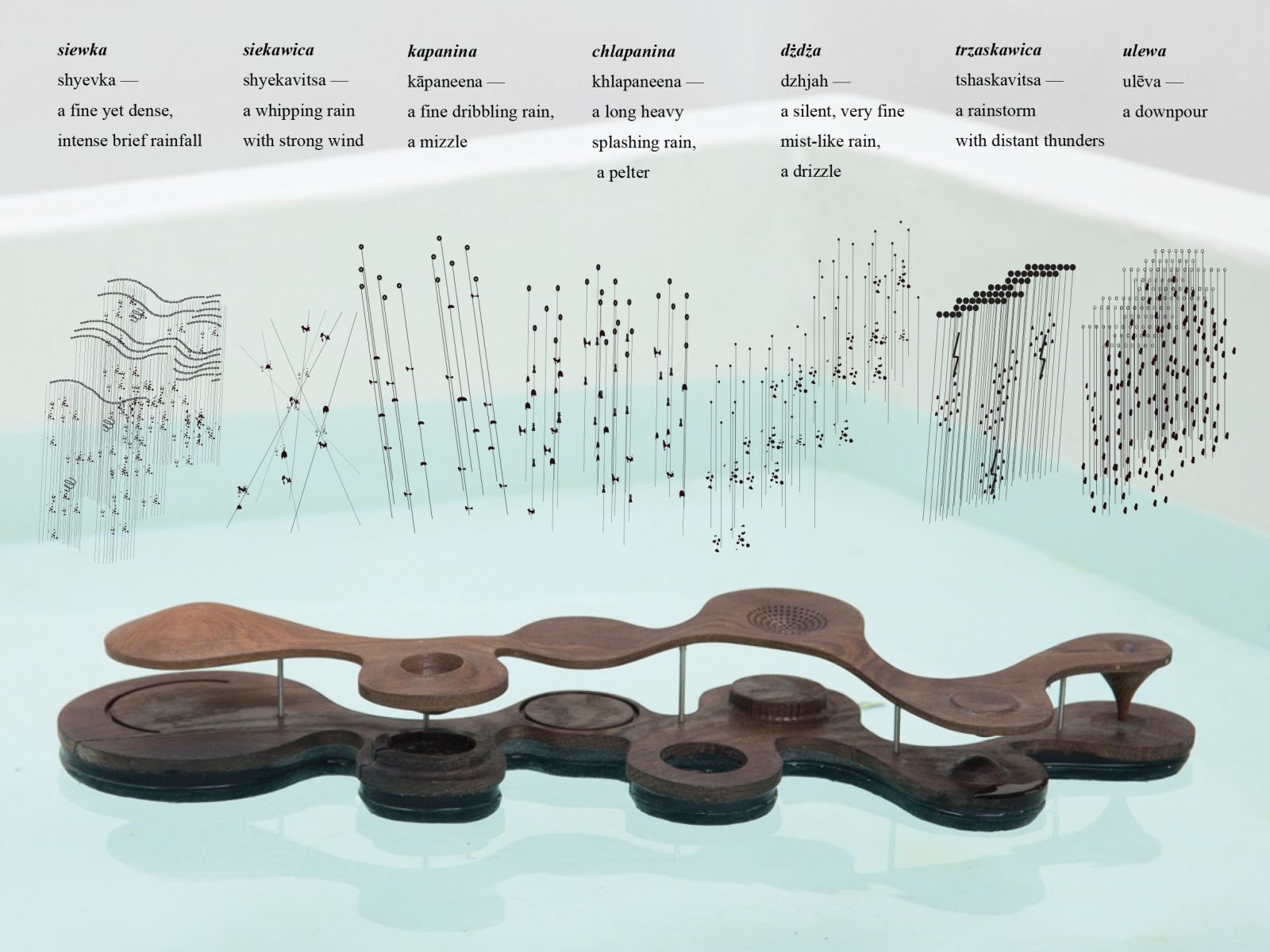 The pavilion is created by elements reacting to rainfall in various ways. These are: 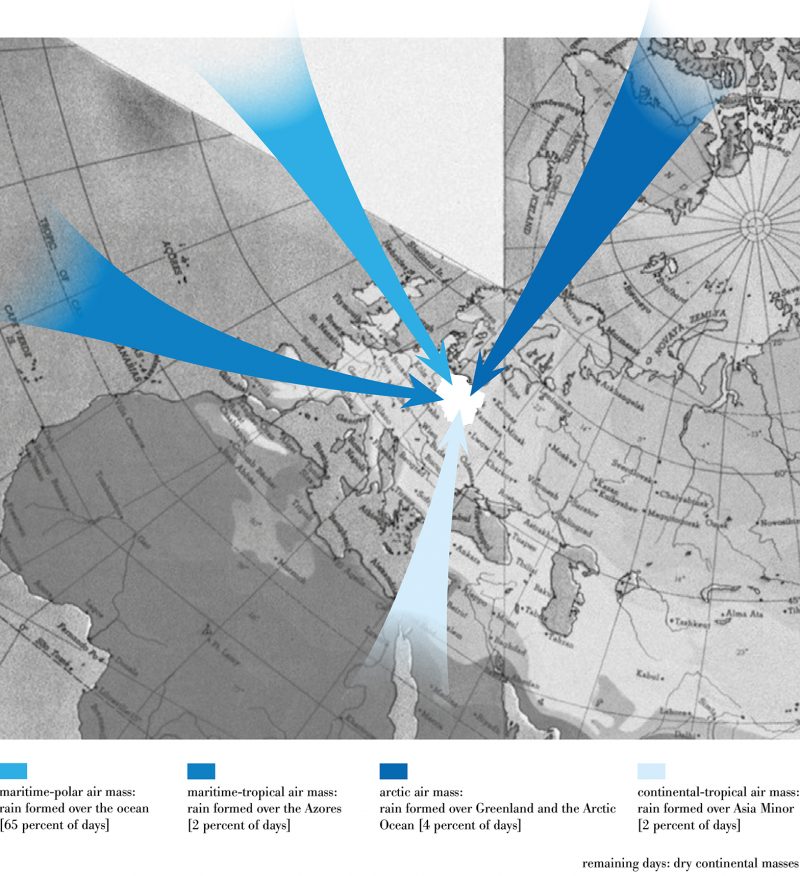 Images of the model from the Amplifying Nature exhibition in Polish Pavilion, 2018. 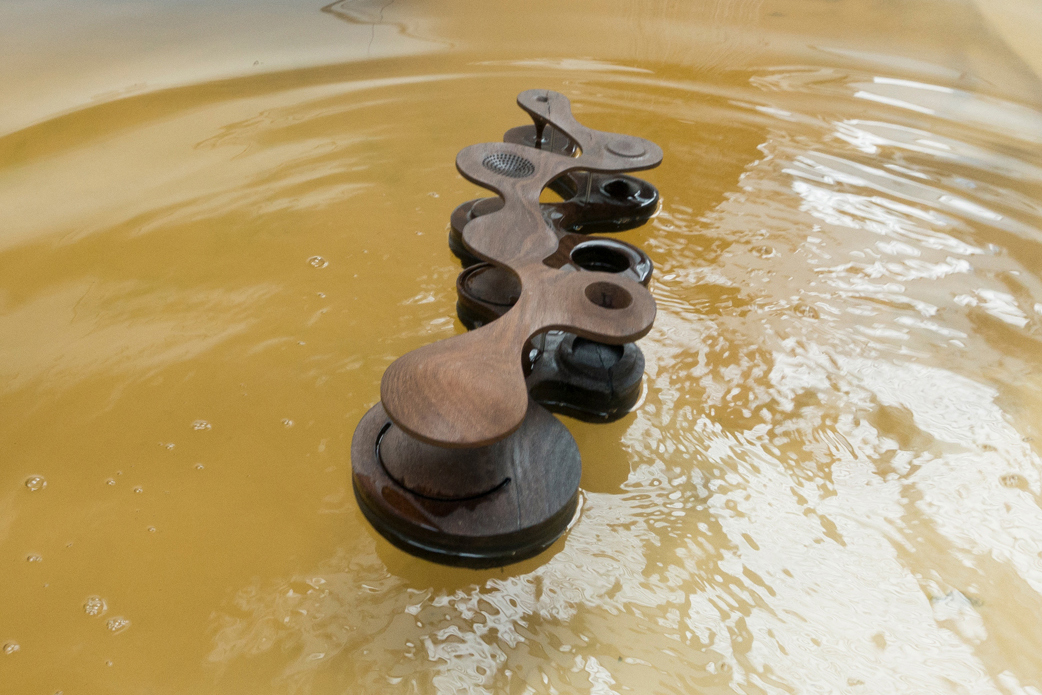 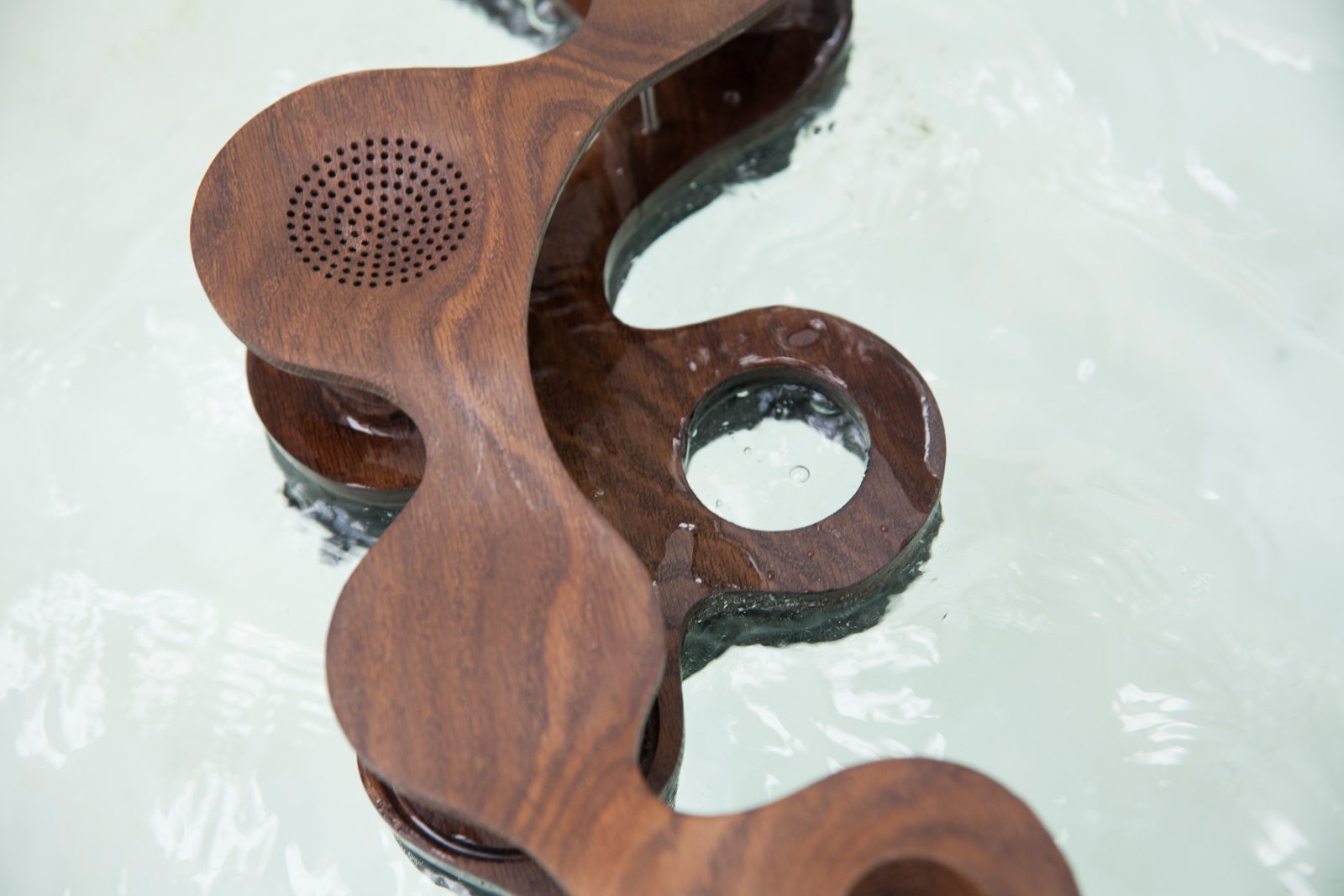 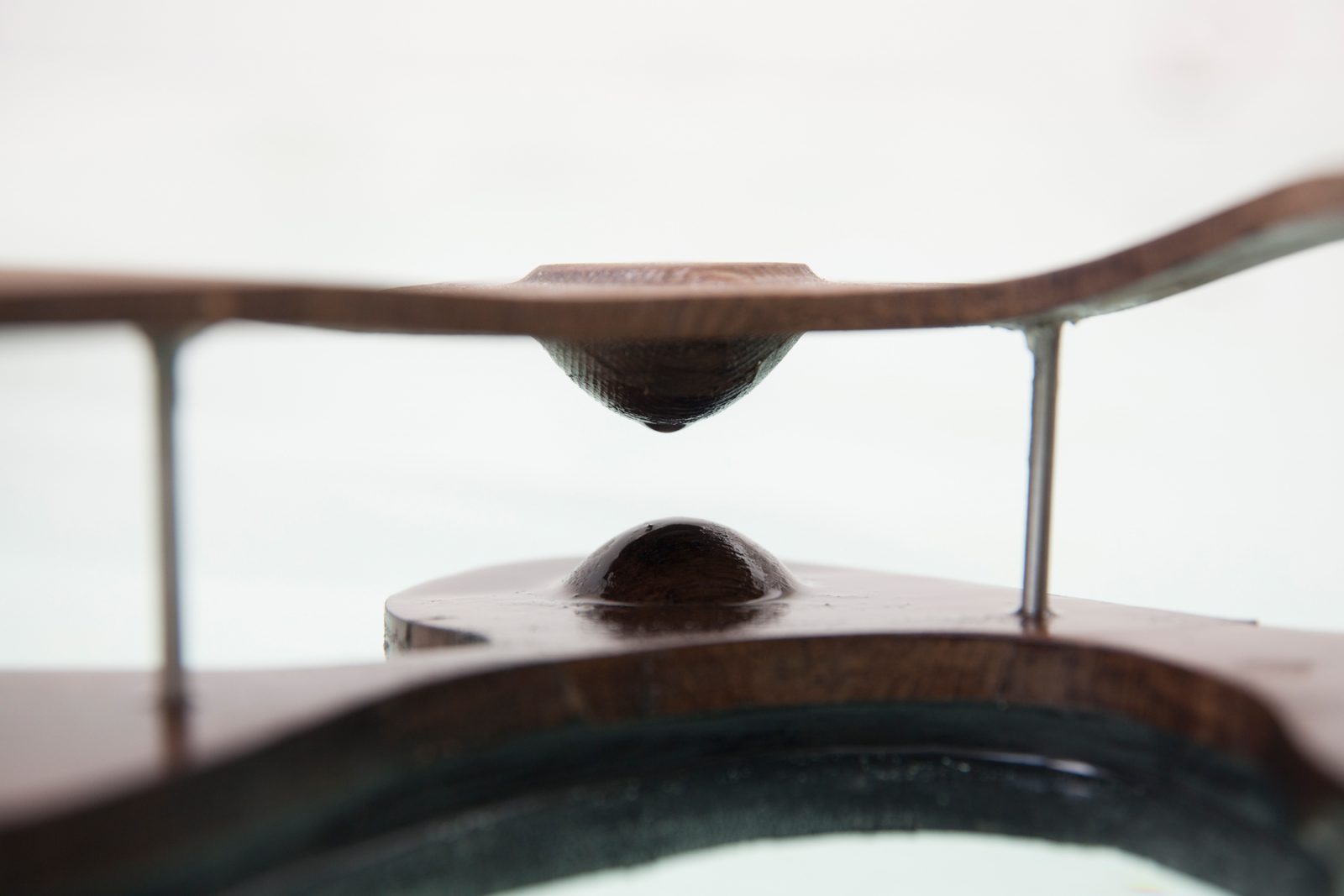 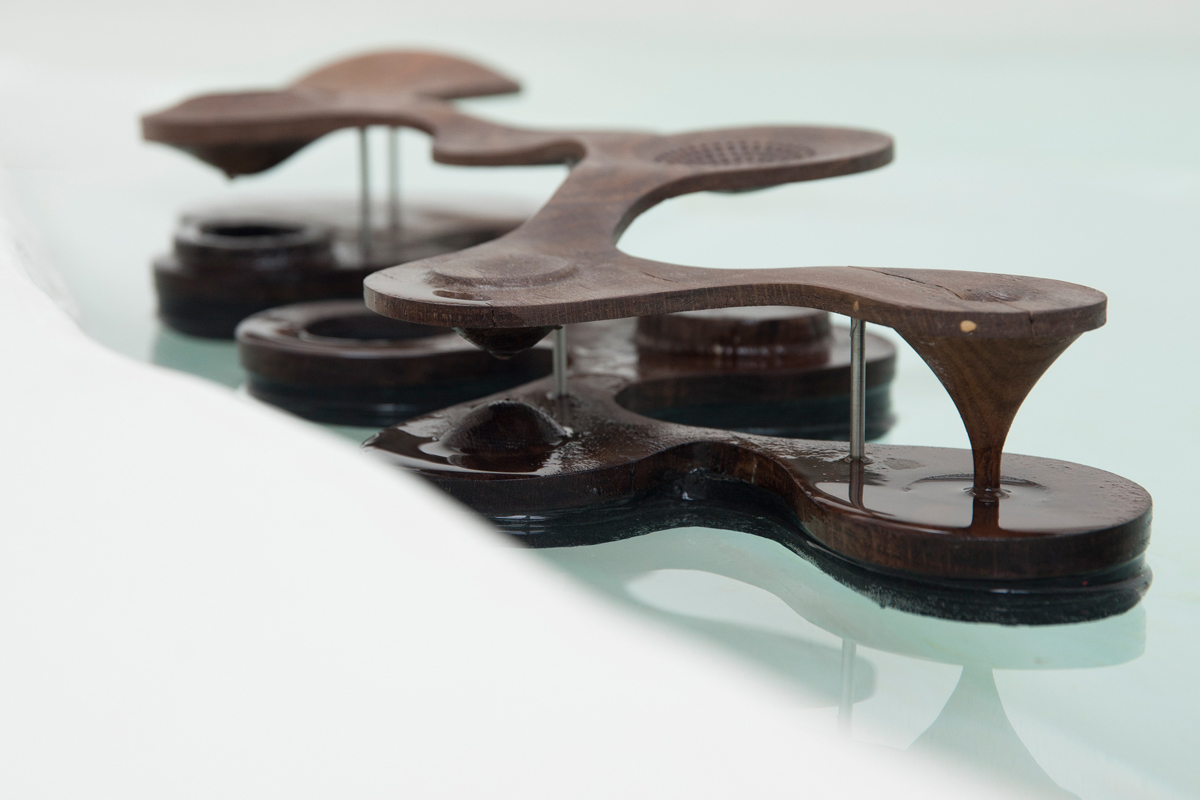 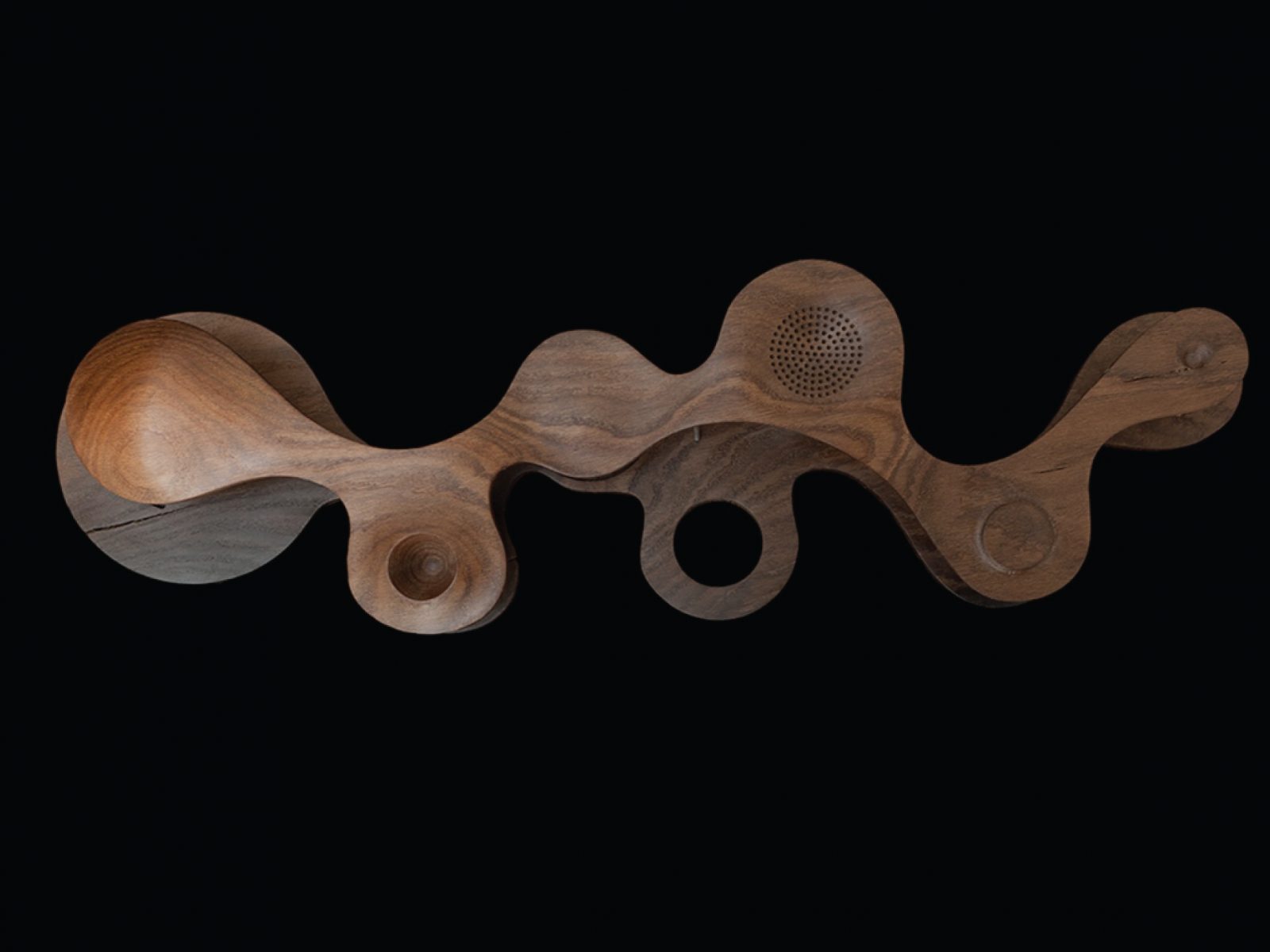 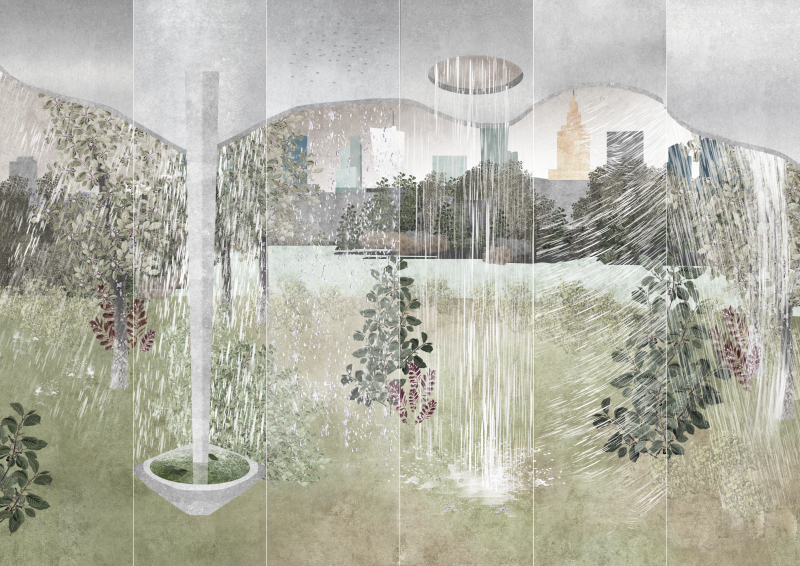 More about the Rain Pavilion and the Amplifying Nature project can be found in the publication accompanying the exhibition in the Polish Pavilion.

Deszcz [Rain] from the Amplifying Nature, series of curated podcasts by CENTRALA for Architektura&Biznes, online 2020 (in Polish only)