the project is part of the Chronobiological Architecture series

hansen100PLThe model is a score for choreography of everydayness in a form of white polychromes patching the building’s internal and external spaces. CENTRALA’s research on the house built for their own family by Zofia and Oskar Hansen—the Team 10 architects—was focused on the embodied and material aspect of the house. 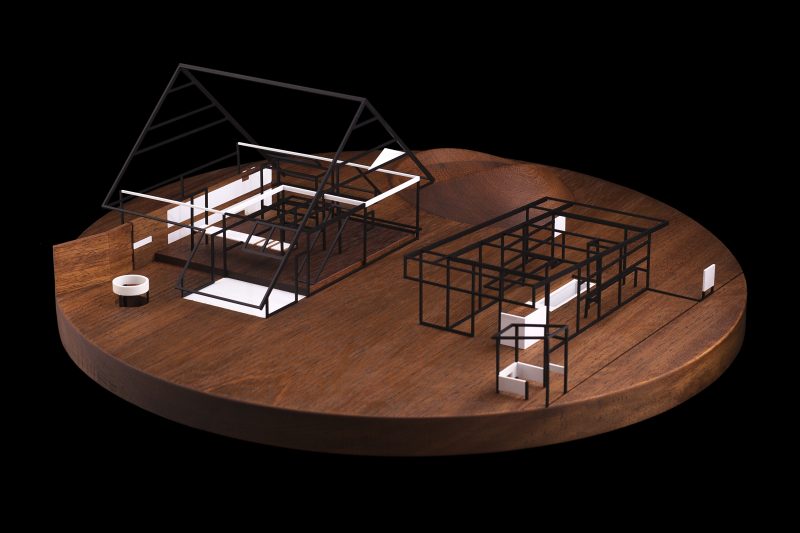 The house, designed in accordance with Hansen’s Open Form, was changing and was changed to reflect its user’s ideas. But learning about family’s routines and observing the house beyond its compositional principles revealed that it is also synced with the day-night cycle. It allowed the family and guests to function without electricity during the crepuscular and matutinal hours. The white polychromes are reflecting light during these dimmed hours of the third time of the day which in Szumin can last even 4 hours a day. 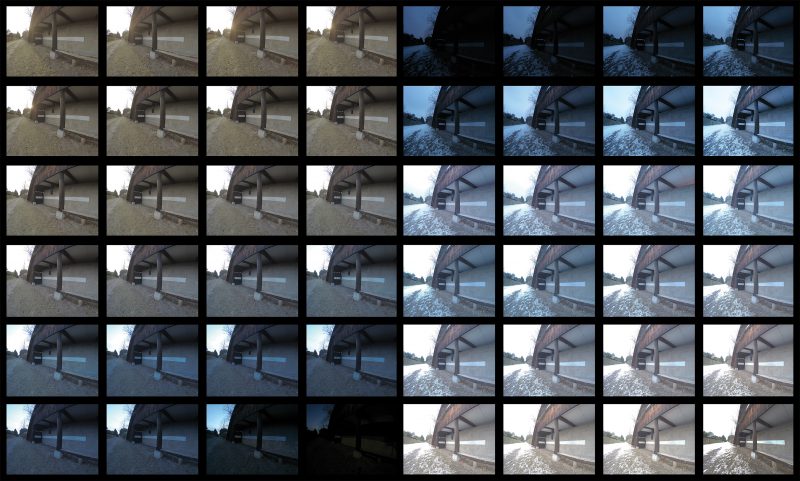 Photographic analysis of the changes of light in crepuscular hours in a non-electrified countryside house. Photo Anna Zagrodzka, 28/29 March 2018

The model executed in 2018 presents the architectural state from 1975 and focuses on the white polychromes painted by Oskar Hansen himself. CENTRALA interprets the polychromes as a system of navigation during dawn and dusk (the third time of the day). A white stripe leads the hand to the keyhole, the white ceilings and surfaces capture the light of the moon or candles, and the white rim of the well acts as a warning. 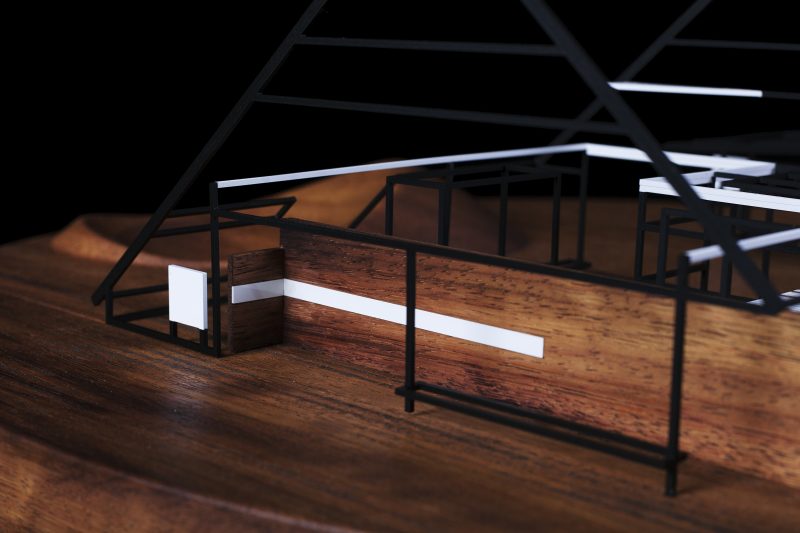 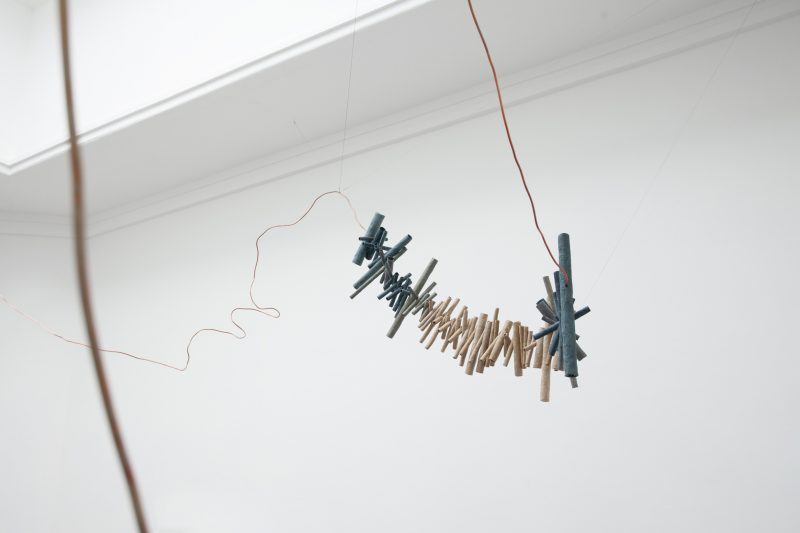 The Szumin house model and Tarasewicz’s installation were part of the Amplifying Nature exhibition in the Polish Pavilion at the Biennale Architettura 2018. In 2020 the Szumin house model entered the National Institute of Architecture and Urban Planning (NIAiU) collection of architectural models. 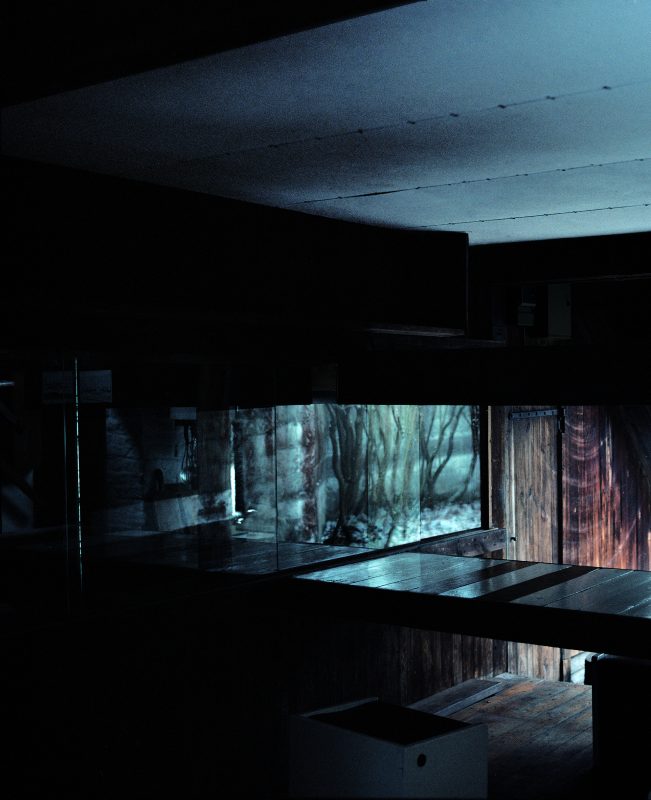 Photographic analysis of reflection of light in the Hansens’ house in Szumin according to CENTRALA’s conception of the “third time of day” – crepuscular. Photo Anna Zagrodzka, 28/29 March 2018 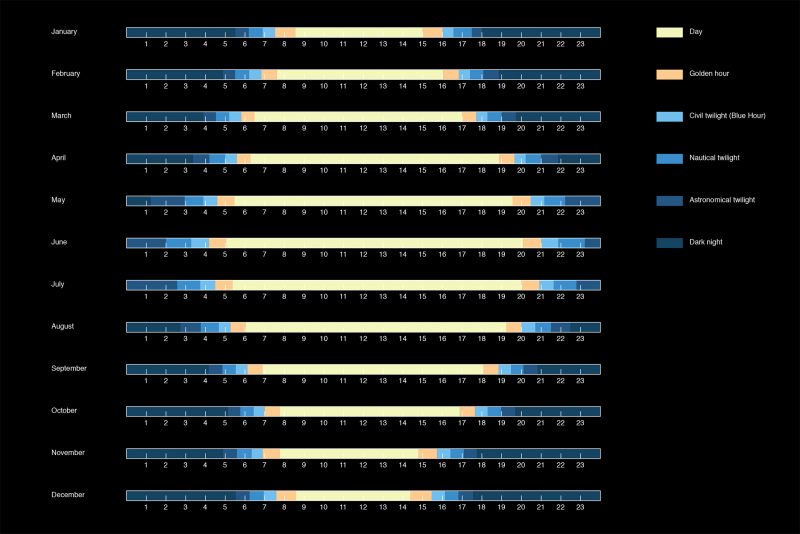 The third time of the day, a phenomenon of Central European geographical latitudes, in the annual cycle, compiled by CENTRALA, 2016

Zmierzch [Dusk] from the Amplifying Nature, series of curated podcasts by CENTRALA for Architektura&Biznes, online 2020 (in Polish only)

the project is part of the Chronobiological Architecture series